Title: A supra-massive population of stellar-mass black holes in the globular cluster Palomar 5

If you have ever looked through a telescope at Messier Objects, you’ll agree with me that globular clusters are absolutely stunning. Compared to the faint fuzzy patches of external galaxies and Milky Way nebulae, globular clusters glow like millions of jewels crowded together. That is the reason they are a favorite target at star parties. To astronomers, though, globular clusters are fascinating because they are relics of the early universe, carrying signatures from their creation through billions of years (see this astrobite). In today’s paper, we will embark on a journey through the life of globular clusters.

Act I. The life story of globular clusters

Globular clusters (GCs) consist of hundreds of thousands of tightly bound stars, and we have around one hundred in our Milky Way galaxy. In standard galaxy formation theory, galaxies like our Milky Way formed through the hierarchical merging of many smaller galaxies. According to this picture, some GCs in our Galaxy were born in external galaxies and merged into the Milky Way later. GCs entering the strong gravitational field of the Milky Way may experience tidal stripping and lose some of their stars. When the stars get spread into a stellar stream, what happens to the original GC? Astronomers know of a dozen stellar streams from tidally stripped GCs, but very few progenitors have been observed. You may think that that’s because the original GCs completely dissolved. But wait! The authors of today’s paper investigate the possible role of stellar mass black holes in this story.

The authors of today’s paper focus on a particular Milky Way GC called Palomar 5 (Pal 5). Although there is no direct observation of black holes in Pal 5, it has long stellar streams and is the least dense of all the Milky Way GCs. This makes it especially interesting: a low-density, fluffy GC like Pal 5 is more vulnerable to tidal disruption.

The authors investigate whether invisible black holes can explain why Pal 5 is so fluffy. Black holes in GCs quickly sink to the center due to something called dynamical friction. The authors of today’s paper ran N-body simulations with black holes in the GC model, and they found that the stars are less concentrated than the overall mass distribution in these GCs. Due to dynamical friction, the black holes sit at the center while the stars “float” in the outskirts. In Figure 1, the best-fit GC model with black holes agrees well with observational data. 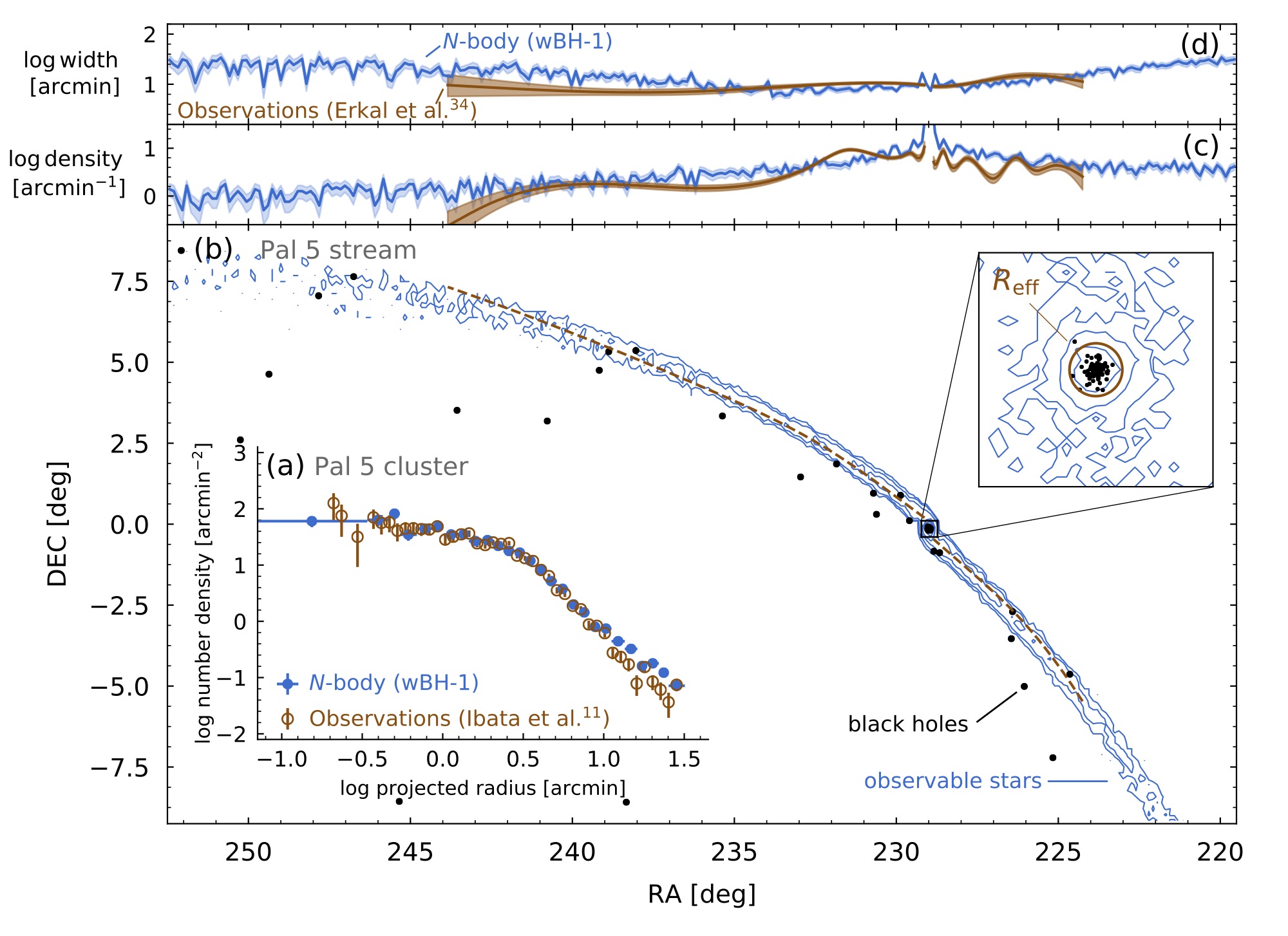 Fig 1. Comparison between the best-fit model (blue) and observation (orange) of Pal 5. The model matches observations in panel a) density profile of stars, b) spatial distribution of the stellar stream track, c) stream density, and d) stream width. Black dots in panel b) represent black holes, and the zoom-in panel shows that most of the bound black holes are in the center of the cluster. Reproduced from Fig 1 of the paper.

Act III. The fate of GCs with black holes 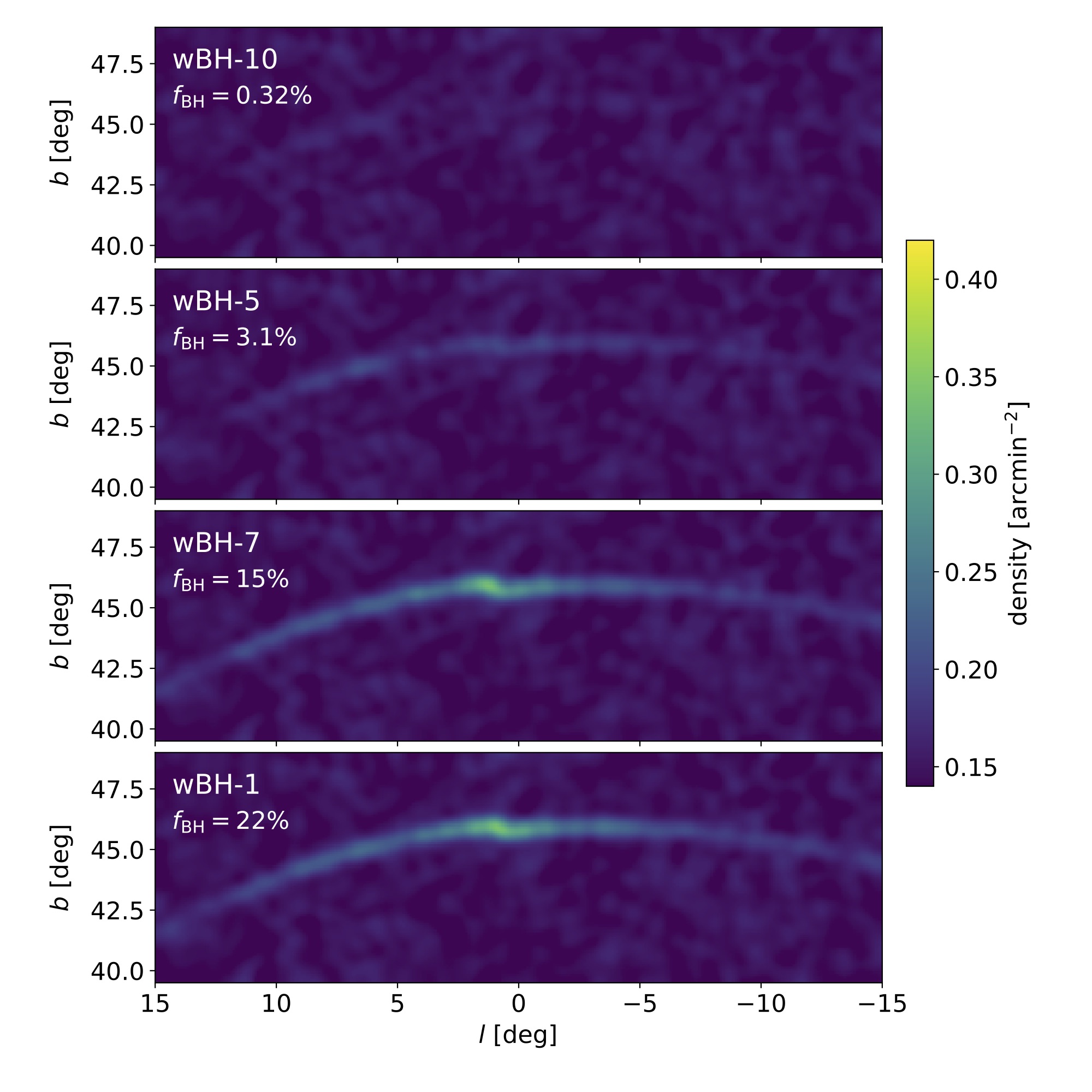 Where can Black Holes that “should not exist” live?