Snapshots from the IAU in Beijing

Over the past two weeks, several astrobites authors have been attending the 28th General Assembly of the International Astronomical Union in Beijing, China. Like the semi-annual AAS meetings in the United States, the IAU General Assemblies are large meetings covering a range of topics in astronomy. Each meeting is subdivided into symposia, special sessions, and joint discussions covering specific research areas. You can view the full list of 34(!) topics here, but the list includes sessions like “Science with Large Solar Telescopes, “Calibration of Star Formation Rate Measurements Across the Electromagnetic Spectrum”, “Astrophysics in Antarctica,” and “The Intriguing Life of Massive Galaxies.” Each of the sessions could stand alone as a complete conference, so the IAU General Assembly is a very busy meeting.For today’s astrobite, I decided to feature five of the hundreds of fantastic posters on display at the conference. I had an incredibly hard time narrowing down the sample of posters and I highly encourage anyone currently attending the IAU to rush to the poster hall to view the posters that I wasn’t able to include in this post. If you presented a poster at the IAU and you’d like your poster to be featured on astrobites, please comment on this post with a short blurb about your research. Poster 1: Gas Velocity Dispersions and Star Formation Authors: K. M. Mogotsi, W. J. G. de Blok, and the HERACLES team First Author’s Affiliation: University of Cape Town Astronomy Department/ACGC Blurb: Mogotsi et al. combine measurements of the velocity dispersion of neutral hydrogen and carbon monoxide in nearby galaxies in order to test the common assumption that the... 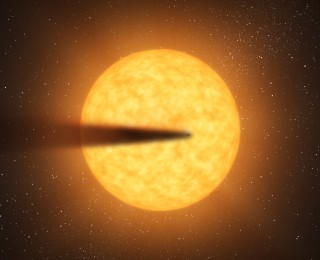 Could the strange transit-light signature seen in the light curve of a Kepler target be caused by a transiting dust cloud? 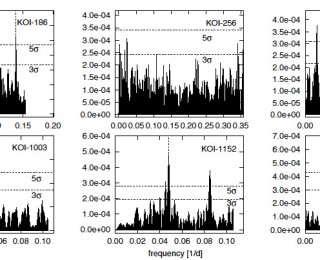 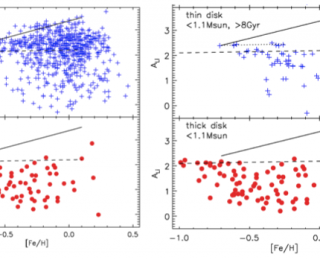 Is there a link between lithium abundance, galactic chemical evolution, and exoplanets? Ramirez et al. examine metallicities, lithium abundances, and stellar characteristics of 1381 Sun-like stars to find out.