In the 1920s, Edwin Hubble classified galaxies into two types based on their shape: spirals and ellipticals. Spiral galaxies tend to be blue (though not always), and elliptical galaxies tend to be red. When Hubble first constructed his “tuning fork“, he assumed that galaxies started out elliptical and evolved into spirals, so he named these categories “early-type” and “late-type”. It is now suspected that galaxies generally evolve in the opposite direction, from star-forming disk to passive spheroid. This evolution requires the galaxy to stop forming stars out of molecular gas. This cessation of star formation may be caused by removing the gas from the galaxy entirely or by simply stopping it from collapsing to form stars. The authors of today’s paper set out to determine which of these scenarios is operating in post-starburst galaxies.

A post-starburst galaxy is one that has recently undergone an intense bout of star formation, but whose star formation rate is now comparable to an elliptical galaxy. These galaxies are often found in the so-called green valley as they transition from a blue star-forming galaxy to a red early-type. The authors measure the molecular gas content in a sample of nearby post-starburst galaxies, to determine whether they have removed their gas or have simply suppressed star formation.

The authors select post-starburst galaxies from the Sloan Digital Sky Survey by choosing galaxies with both strong stellar Balmer absorption lines and little hydrogen emission from star-forming nebulae. Taken together, these are signs of a stellar population rich in A-stars but devoid of the youngest O and B stars, implying that an intense period of star formation ceased less than a billion years ago. 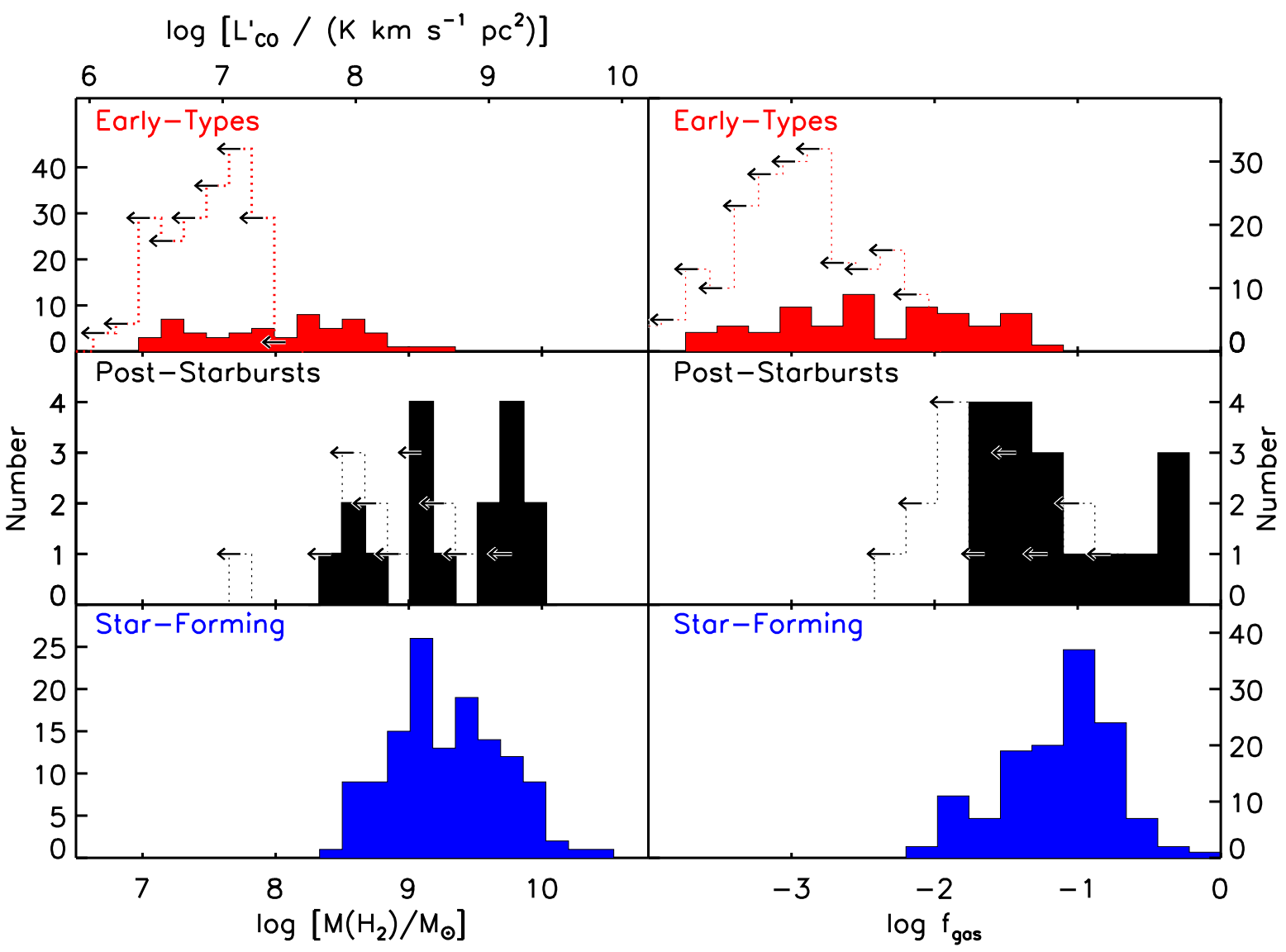 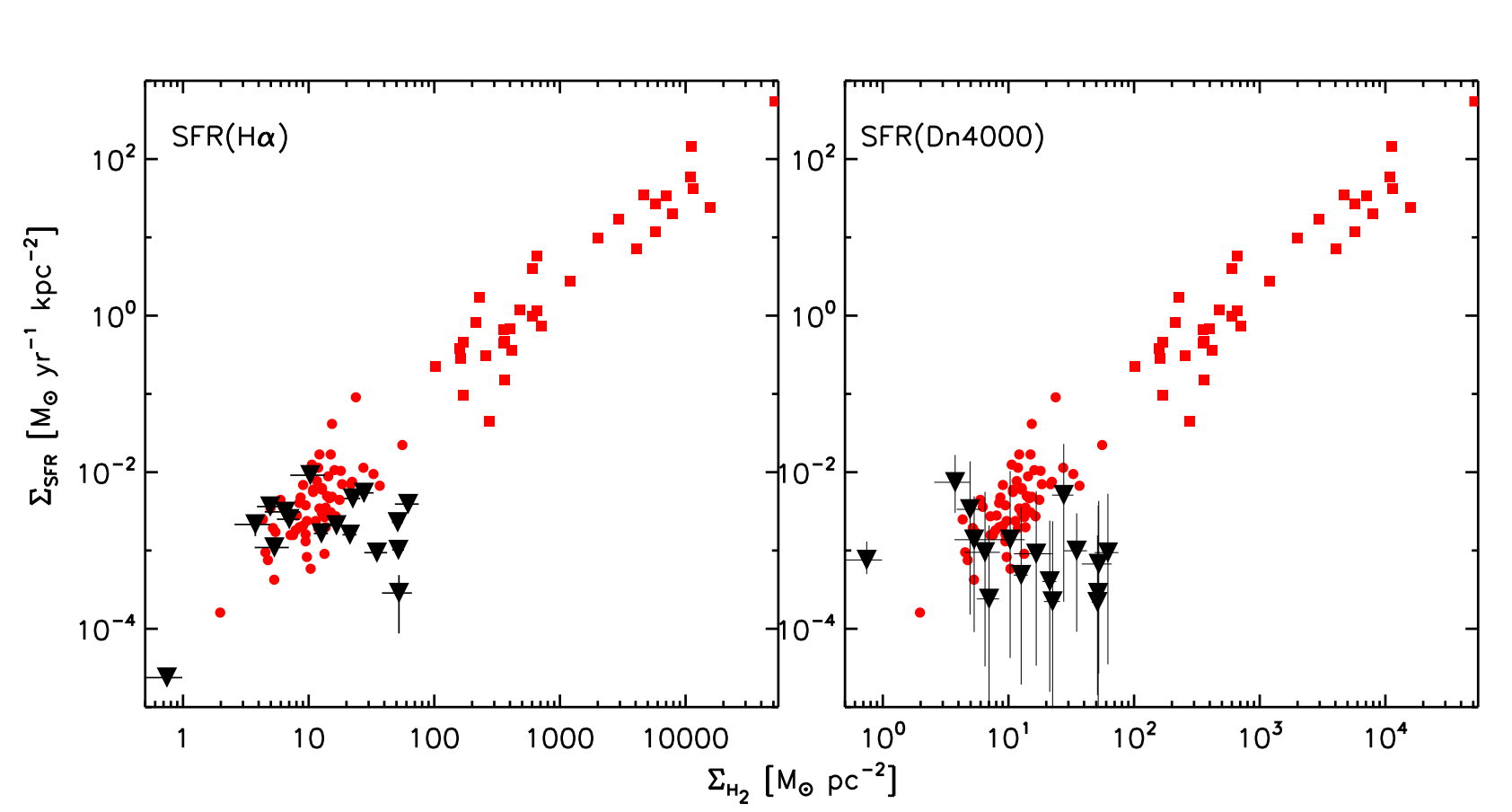