One of the major problems in star-formation theory has been to understand why star formation is so inefficient. Only about 1% of gas in molecular clouds is converted to stars. The updated star formation law presented by the authors relies on the recent consensus that turbulence – random particle motions – is crucial for preventing too much gas from collapsing into stars. Check out this Astrobite for a video that shows how important turbulence is for regulating star formation and take a look at this article for an artistic treatment of turbulence.

How do we define just how turbulent a gas is? One way is to use the Mach number of the gas. The Mach number is a measure of the turbulent motions in the gas compared to the speed of sound, and can be determined by observing the width of emission lines from molecules such as carbon monoxide. The higher the Mach number, the more turbulent the gas, and the greater range in gas densities in the cloud. Therefore, a higher Mach number means more gas will have sufficient density to collapse into stars, resulting in a higher star formation rate. This relation between Mach number and density variance forms the basis for a new star formation law.

Accounting for turbulence in the star formation law 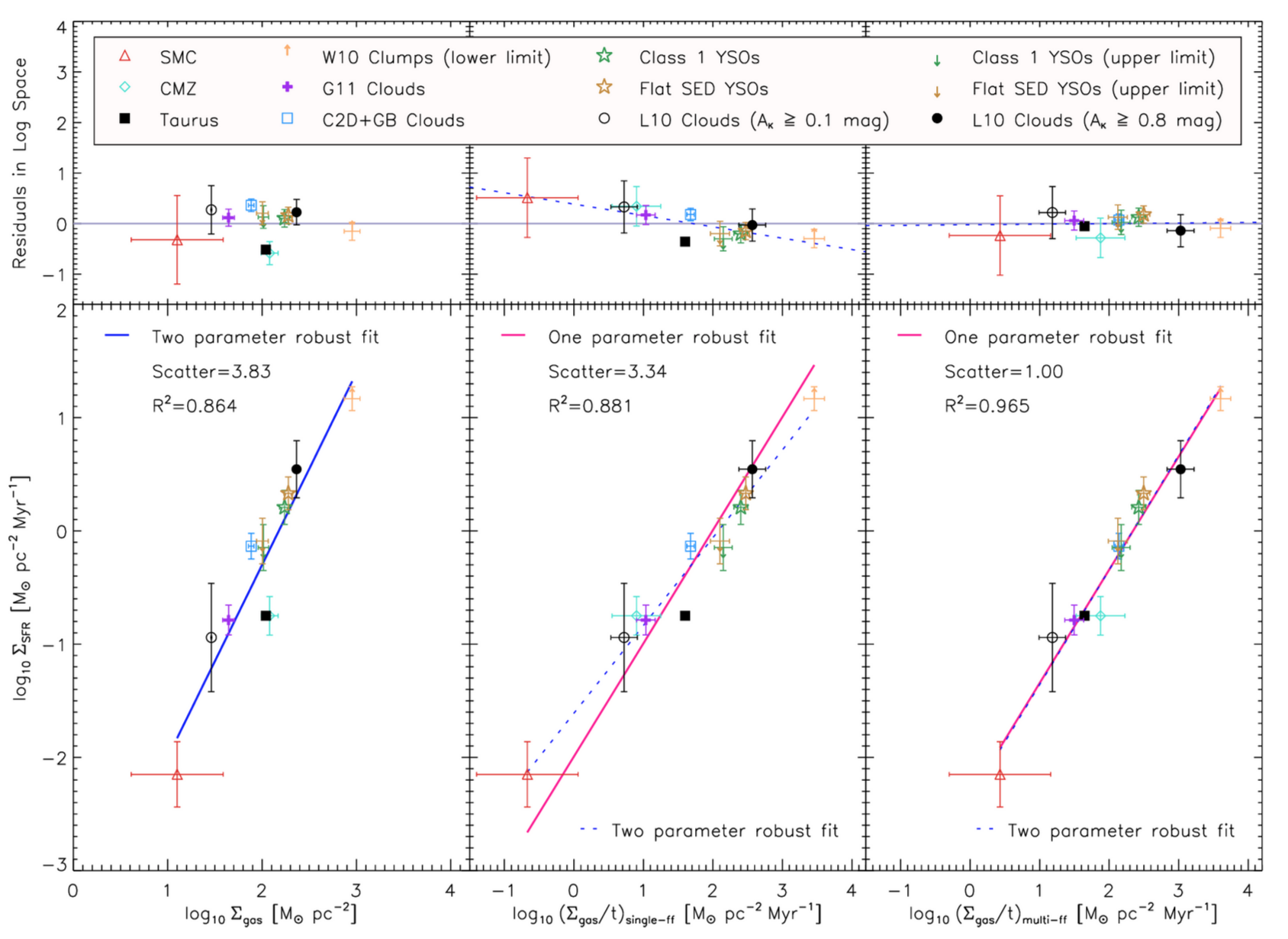 Star-formation laws. The Kennicutt-Schmidt law is on the far left, while the authors’ new law is on the far right. The points represent observations of star forming regions in the Milky Way and Small Magellanic Cloud  that span several orders of magnitude in gas density and star formation rate. Including turbulence by way of the Mach number produces a more physically realistic relation with less scatter.

What about other galaxies?

In the Milky Way, the Mach number is determined by measuring turbulent velocity width and gas temperature using high-resolution molecular emission line maps. This is very difficult for other galaxies. By inverting the new star-formation law, the Mach number can be predicted for these distant systems if star formation rate and gas density have been measured. Specifically, the authors predict that starburst galaxies at high redshift have more turbulent gas than local spiral galaxies.

As Arthur Dent could tell you, turbulence is a strange beast, but a deep study of this phenomenon is important in understanding how gas turns into stars, in our galaxy and beyond.