How the other half spins: probing the huge gas cloud around the Milky Way

Title: Rotation of the hot gas around the Milky Way

When you picture the Milky Way, you probably picture something like a flat disk of stars and dust, maybe with a little bulge in the middle. If you’re really feeling pro-active you an even add in a much larger ball of dark matter that it’s all embedded in. (Fun fact: despite the fact that dark matter is, almost by definition, invisible, I always picture it as a kind of translucent purple…) Maybe the more imaginative among you even picture celestial gods roaming the sky, or just turtles all the way down. 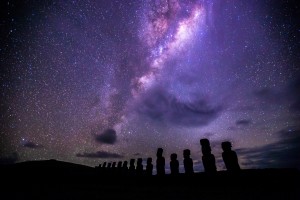 Either the milky way looks like this (but even more purple!) 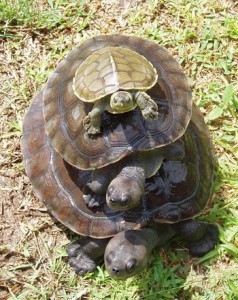 Or this (but infinite…)

But most of the baryonic matter associated with our Galaxy (by which we mean everything but dark matter and dark energy) may not be in the form of stars and dust, but in hot gas. We sit in a huge gas cloud, extending out to as much as five times the radius of the Milky Way’s disk of stars.

We’ve suspected it’s there for quite some time, simply because some basic galactic arithmetic doesn’t add up. Our Galaxy forms new stars at a prodigious rate, and to form a star you need a huge mass of gas to collapse and start nuclear fusion. This rapid production rate isn’t just a phase our Galaxy is going through (or if it is, it’s one that’s lasted most of our Galaxy’s young life, like my teenage insistence on dressing like a skateboarder despite being terrified of stepping on a board), so this means our Galaxy needed a huge supply of incoming gas.

The current amount of gas that we estimate is in the galactic disk can’t sustain this growth for more than a fraction of the Galaxy’s lifetime (which is pretty selfish, just like the earth being stubborn enough to not provide more crude oil). Instead we need a huge reservoir of gas to draw from, constantly flowing in to top up our supply.

If it’s so large and massive it sounds surprising that this volume of gas can be anything but glaringly obvious in the night’s sky. But because the gas is stretched over such a huge volume, it’s so rarefied that it’s almost completely transparent. Luckily it’s not just hydrogen and helium (the leftovers from the big bang) that are in this cloud, but it’s enriched with metals, made via nuclear fusion in the stars of the Milky Way and blown back out by supernovae. These metals strongly absorb light at specific wavelengths, making them easier to spot. That said, the amount of information we can derive from them is slight: we know the gas is there and we have a pretty loose constraint on its mass (somewhere between 0 and 2 times the mass of stars in our Galaxy).

Our current picture of the Galaxy and it’s surroundings. The purple sliver is where almost all stars in our Galaxy reside, which sits in a much larger sphere of gas (orange). This is fed by more gas flowing along huge dark matter filaments (blue) which accrete gas from their surroundings (green) and wick it down to our Galaxy.

These authors, using XMM Newton (an X-ray telescope that periodically swings close to the earth to drop off data and shoots off into deeper space to make observations) probe not just the amount and the shape of this gas, but it’s speed. How? Ionised oxygen in the cloud will absorb photons with a very specific wavelength, but the Doppler effect can shift that wavelength. From the size of that shift we can find the speed at which it’s moving towards or away from us.

This is what the authors of this paper thought about doing. Then they stopped thinking about it because they’d done it. And analysing their data they found a huge new insight. The gas is spinning! 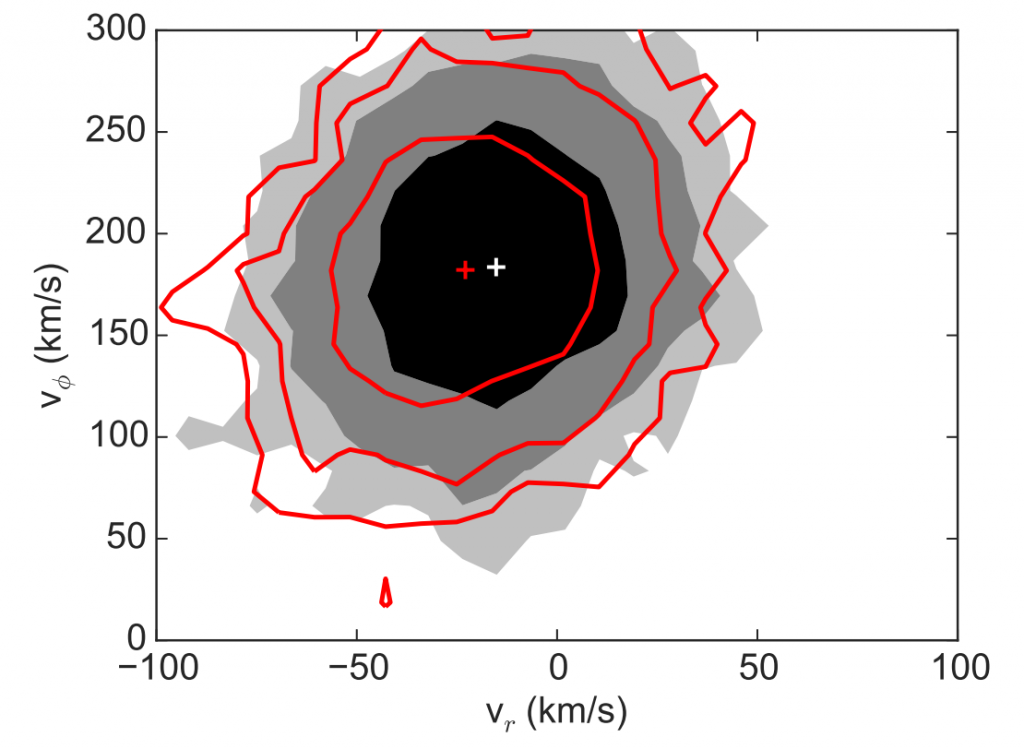 Speed of the Milky Way’s surrounding gas. The vertical axis shows rotation speed and the horizontal is in/out flow. Contour’s show uncertainty (the true result is should lie within the first  two thirds of the time) for all measurements (in grays) and for the most precise measurements (in red). The centre of the contours corresponds to a large positive rotational velocity (in the same direction as the disk’s rotation) and a small negative radial velocity (which means the gas may be in-falling). (From the paper)

The whole cloud, or at least the majority of it, is turning. It spins in the same way as the Milky Way’s disk and seems to be around the same axis. It’s moving slower than the disk, though without better understanding the distribution of mass throughout our Galaxy it’s hard to say if it’s just orbiting at a Keplerian velocity (the speed expected for a circular orbit based on gravity alone).

Future observations and more careful analysis should allow us to pin down the properties and movement of this gas. Understanding how the gas moves, and particularly how it feeds into the Galaxy, could be crucial to explaining how Galaxies like ours have evolved (and will continue to evolve!) and could solve many of the unanswered questions about the history of the Milky Way.

Or, you know, it could just be a phase.