Galaxy clusters are the most massive objects bound by gravity in the universe. They consist of a ‘halo’ of dark matter typically containing hundreds, sometimes thousands, of galaxies. Understanding how they form and how the properties of their galaxies change during this formation is of interest to both astrophysicists and cosmologists – such massive, extreme objects tend to form extreme galaxies, and can also help us to constrain cosmological models.

Clusters are formed when dense regions of matter on large scales collapse due to their mutual gravitation. At the end of this collapse we say the cluster is ‘virialised’, which basically means it has collapsed to a stable point. Before this moment of virialisation the matter that will end up in the cluster tends to be spread out and diffuse. This nebulous entity of things that will end up in a cluster, but has not yet collapsed, is typically called a protocluster. 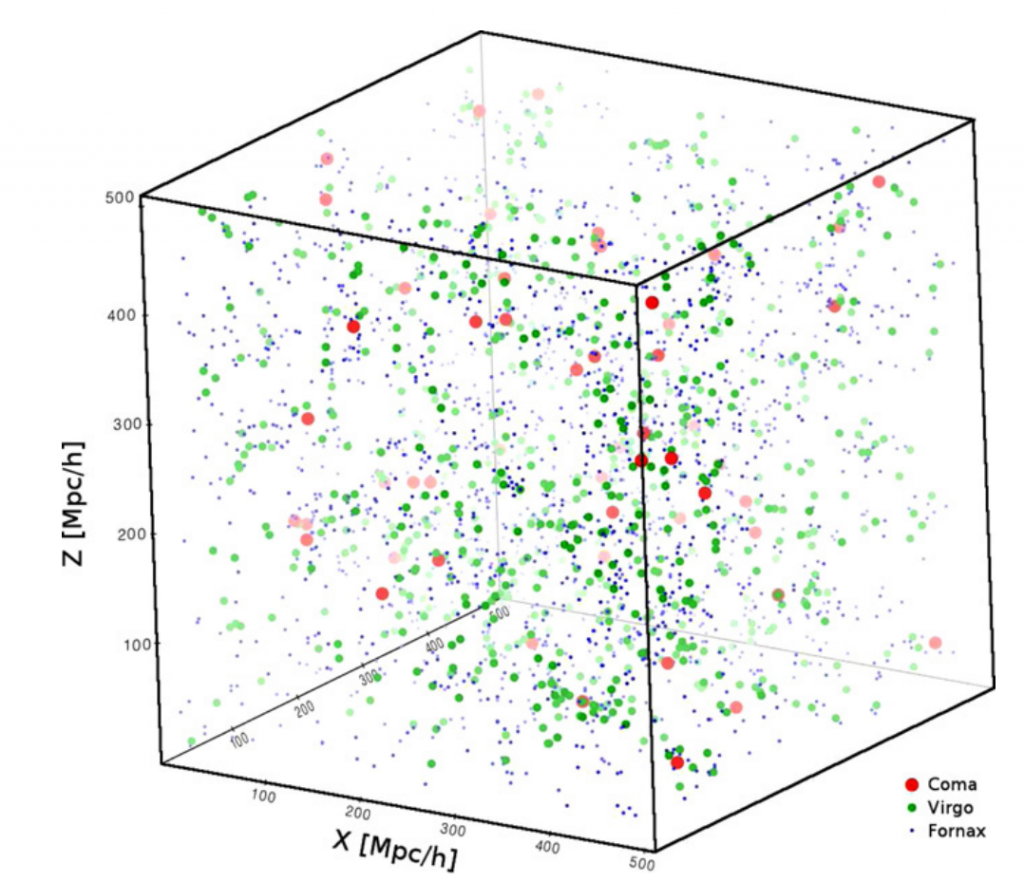 Figure 1: The distribution of clusters in the present day universe in the Millennium simulation. The colours distinguish between different mass clusters, labelled by their analogues in the local universe – Coma, Virgo and Fornax, in descending order of mass.

Today’s Astrobite looks at a paper from 2013 that uses simulations to better understand the properties of protoclusters, and how they can be identified in observations. Simulations offer a unique way of looking at protoclusters since we can identify the clusters at the present time in the simulation, and explicitly follow the constituent galaxies and dark matter back in time to see what it looks like earlier in the simulation. We can then infer what protoclusters should look like in observations of the early universe. This is exactly what Chiang and coauthors do. They use the Millennium Simulation, a large dark matter only simulation coupled with models of how galaxies form and evolve. Figure 1 shows the clusters identified in the Millennium Simulation at the present day. 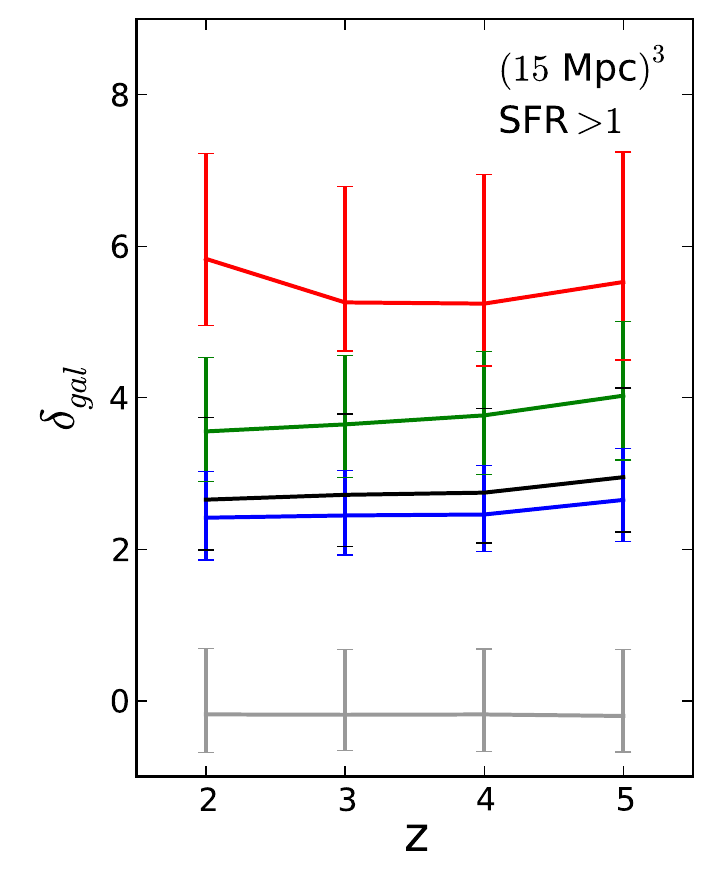 Figure 2: Galaxy overdensity against redshift (equivalent to time, z=5 being further back in time than z=2). The colours distinguish between different descendant masses: Coma, Virgo and Fornax-like cluster masses are in red, green and blue respectively. The grey line shows random regions. Each line is mostly separate, indicating that protoclusters that evolve into different mass clusters can be distinguished by their galaxy overdensity.

Unfortunately, the matter density and dark matter halos are not explicitly observable, only the galaxies are, so we must rely on the galaxy properties to tell us whether a given region is a protocluster or not, and what the mass of the descendant cluster will be. There is a whole zoo of different types of Galaxies, which makes them fascinating to study, but a pain to observe in an unbiased way. The authors account for this by selecting galaxies with a range of different criteria, and test how their results are affected.

Figure 3: Descendant cluster mass against protocluster galaxy overdensity. There is a strong positive correlation between the two at a range of redshifts.

In figure 2, an overdensity of zero represents a mean density of galaxies, negative values are underdense regions, and positive values are regions with more galaxies than normal. The grey line shows the distribution for random regions, whereas the coloured lines show protoclusters. Protocluster regions are clearly distinguishable from these random regions, and higher overdensities of galaxies tend to form higher mass (> 1015 Msol) clusters at all redshifts.

Figure 3 shows the mass of the descendant cluster plotted against the galaxy overdensity in the protocluster. As in figure 2 there is a positive correlation – higher galaxy overdensities turn into bigger clusters. The authors use this relationship to create a fitting function that can be applied to observations – if you see a galaxy overdensity of a particular value, you can make a prediction for the mass of the cluster it will eventually form. Finally, the authors use this relationship and apply it to a few of the most massive protocluster candidates that had been identified at the time (~2013), predicting their present day masses.

Since this paper was published many more overdensities of galaxies have been discovered in the early universe, and the first catalogues of protoclusters have been compiled. The field is still young, but simulations represent our best tool to predict their subsequent evolution.

The starry, dusty origin of a galaxy cluster at z = 4!