Every galaxy has a story to tell. And every story has a few common plot devices: violent supernovae from dying young stars, bursts of activity from central supermassive black holes, mergers with other galaxies, and other dramatic astrophysical events that can change the course of a galaxies evolution. One galaxy property in particular can be severely impacted by these events, and that’s how many stars it is forming at a given time. The Star Formation Rate (SFR) throughout the lifetime of a galaxy is known as its Star Formation History (SFH), and is of interest to physicists trying to understand the lives of all galaxies.

Unfortunately, we can only see the stars that are in the galaxy at any given time; to infer the past history of star formation we must look for evidence of previous star forming events. For nearby galaxies, we can see them in enough detail to see separate populations of stars, and determine their individual ages. But for galaxies further away we can only observe the combined light of all the stars mixed together, and then have to disentangle each component in order to get the underlying history of star formation.

However, in simulations of galaxies we can explicitly see the SFH in high resolution (see these ‘bites for previous examples). The authors of today’s paper looked at galaxies in the state-of-the-art Illustris simulation. They found that, whilst SFHs tend to be noisy, on average they show similar shapes over time. This shape is known as the log-normal distribution, and it typically exhibits a sharp rise to a peak, then a gradual fall. 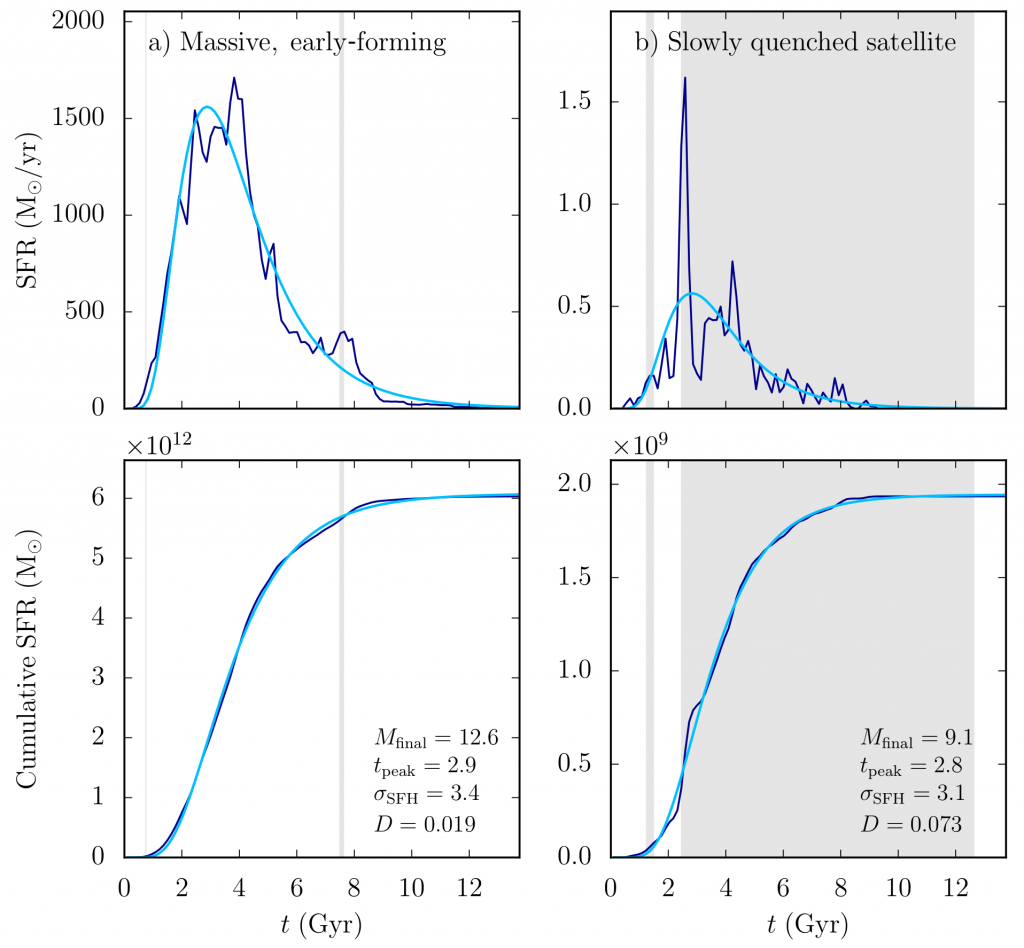 Figure 2 shows another two galaxies that are also very different. Both are still forming stars today, and galaxy (d) actually has an increasing SFR. Despite having very different forms for there SFH, the log-normal still provides a good fit. 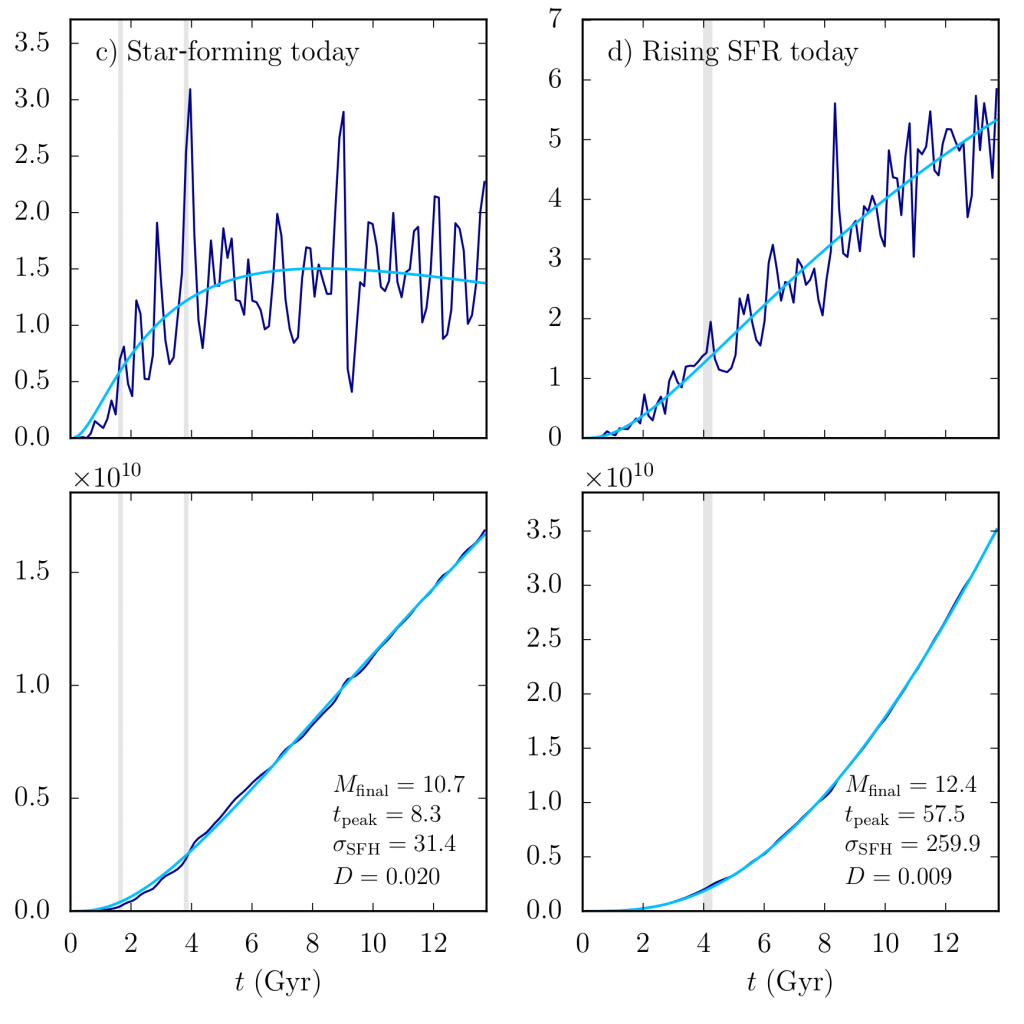 Figure 2: As for figure 1, but for two late forming galaxies. Galaxy (c) is a galaxy that is still forming stars today, and (d) is a galaxy whose SFR is actually rising.

Log-normals are not without their limitations. Interactions between galaxies, such as mergers, can lead to bursts then sudden shut downs of star formation that log-normals struggle to fit. But for most massive galaxies, log-normals describe their story arc in terms of star formation very, very well, helping physicists to understand every galaxies story, from start to finish.