The evolution and characteristics of stars affects every part of our universe — from the light of far away galaxies to the composition of our solar system. Lars Bildsten’s research focuses on unravelling the lives of stars and determining their fundamental properties. 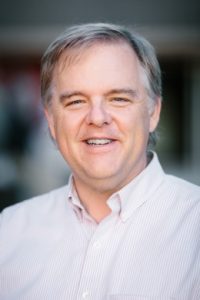 Bildsten is a professor of Physics at the University of California Santa Barbara and the director of the Kavli Institute for Theoretical Physics (KITP). He was awarded this year’s Dannie Heineman Prize for Astrophysics for his “observationally grounded theoretical modeling of stars which has yielded fundamental insights into the physics of stellar structure and evolution, compact objects, and stellar explosions.”

Bildsten became interested in Astronomy at a young age, largely thanks to a unique high school program that allowed him and his classmates to choose their own curriculum! He and his friends designed an astronomy course, and its contents inspired Bildsten to study physics (and electrical engineering) as an undergraduate at Ohio State. After graduating, Bildsten matriculated at Cornell with a plan to study condensed matter theory. However, Bildsten soon took a stellar structure and evolution course instructed by Ed Salpeter. This course reignited his love of stellar astrophysics, and he quickly began a thesis project on the subject with Salpeter and Ira Wasserman.

Bildsten’s current research focuses on the fundamental properties and evolution of massive stars (stars typically more than ten times the mass of our Sun). Bildsten is able to use the explosive deaths (or supernovae) of these stars to model their properties. He specifically studies the deaths of red supergiants which undergo so-called Type IIP supernovae. These supernovae have distinct plateau-like light curves which can last for several months. As Bildsten points out, “these [supernovae] have been well understood for a long time” in a qualitative sense; however, “a large amount of the data never really gets turned into quantitative measurements.” To do this, Bildsten uses the publicly-available stellar evolution code MESA to build progenitor stellar models which explode as Type IIP supernovae. Bildsten then compares the light curve of these models to the wealth of available observational data.

Additionally, Bildsten has become increasingly excited about future prospects for asteroseismology, or the study of small oscillations within stars. These oscillations are dictated by the structure and composition of the stars. For some stars, the variability can be as small as one in one million parts! This is nearly impossible to see on Earth; however, space missions like Kepler or the upcoming Transiting Exoplanet Survey Satellite (TESS) are able to produce incredibly precise datasets with clear oscillations. Bildsten is especially excited about the prospects of TESS, which should observe many massive stars and will allow his team to tackle questions about rotation, magnetism and mass loss in red giants.

As director of KITP, Bildsten is able to spend some time reflecting on communication, both among scientists and to the general public. In his words, “Scientists are really trained well to find the hole in the argument – to critique– but what we’re not trained to do well is tell someone that [their work] is fantastic.”  He especially encourages young people to form a habit of including positive praise of hard work before voicing a concern: “as young people become trained in science, they need to bring others up in terms of both mentoring and people outside of the scientific community.”

If you’re interested in learning more about Bildsten’s work, check out his talk, “The Value of Change: Surprises and Insights in Stellar Evolution,” at 3:40 PM on Wednesday, 10th January at #AAS231!