Title: Detection of a westward hotspot offset in the atmosphere of hot gas giant CoRoT-2b

Eastwards is the way to go

Hot Jupiters should be tidally locked as they orbit so close to their stars. Just as we always see the same side of our orbiting Moon, a hot Jupiter would continually have the same ‘dayside’ subject to its star’s blistering heat. The part of the planet directly below and closest to the star’s furnace (the substellar point) should therefore be the hottest region.

However, observations show the substellar point is not always the hottest part. Astronomers theorise strong winds caused by large differences in temperature between the hot Jupiter’s superheated dayside and cool nightside can shift the hottest region of the atmosphere.

Simple planetary atmospheric models, which assume there are no strong external forces, agree these strong winds will blow in the direction the tidally locked planet rotates, so the hottest point comes into full view before the substellar point occurs at secondary eclipse. Astronomers call this an eastward shift. This eastward shift is observed on HD 209458b, and the authors expected the same for CoRoT-2b as it has a similar temperature due to stellar irradiation. 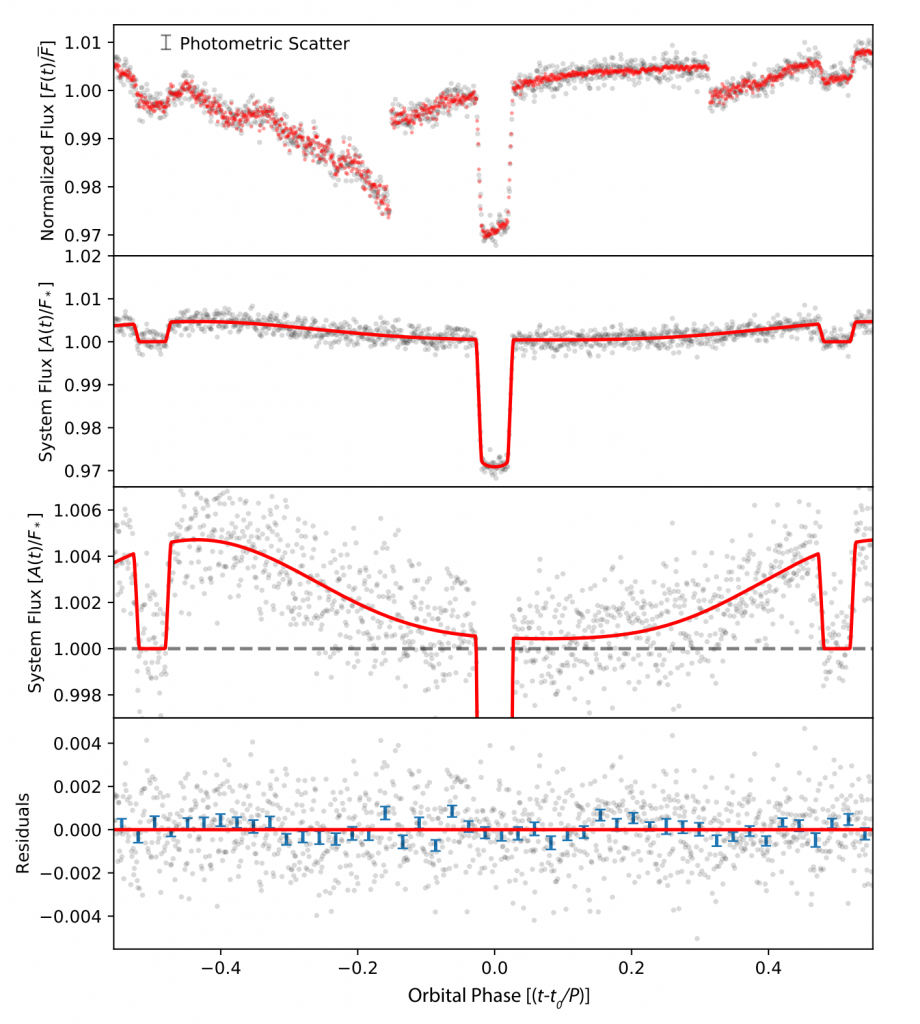 Figure 1: Spitzer light curve of CoRoT-2b at wavelength of 4.5 microns. Panel 2 shows the photometry corrected for the detector systematics evident in the top panel. Panel 3 is zoomed in to the secondary eclipses and shows the point of maximum brightness is after the secondary eclipse. Grey dots show the normalised raw photometry, with their best fit model shown by the red line. Figure 1 from today’s paper.

A westward shift in hotspot offset was previously observed in visible light for Kepler 7b. However, in that case, the thermal emission was too low to explain the hotspot shift, which was instead caused by clouds reflecting the star’s light. In today’s paper, where observations are made in the infrared, the hotspot genuinely indicates a shift in heat rather than in reflectiveness. To check the reliability of their results, the authors present their five best models and an entirely independent analysis of the data: all prefer a westward hotspot offset but at different levels of significance. 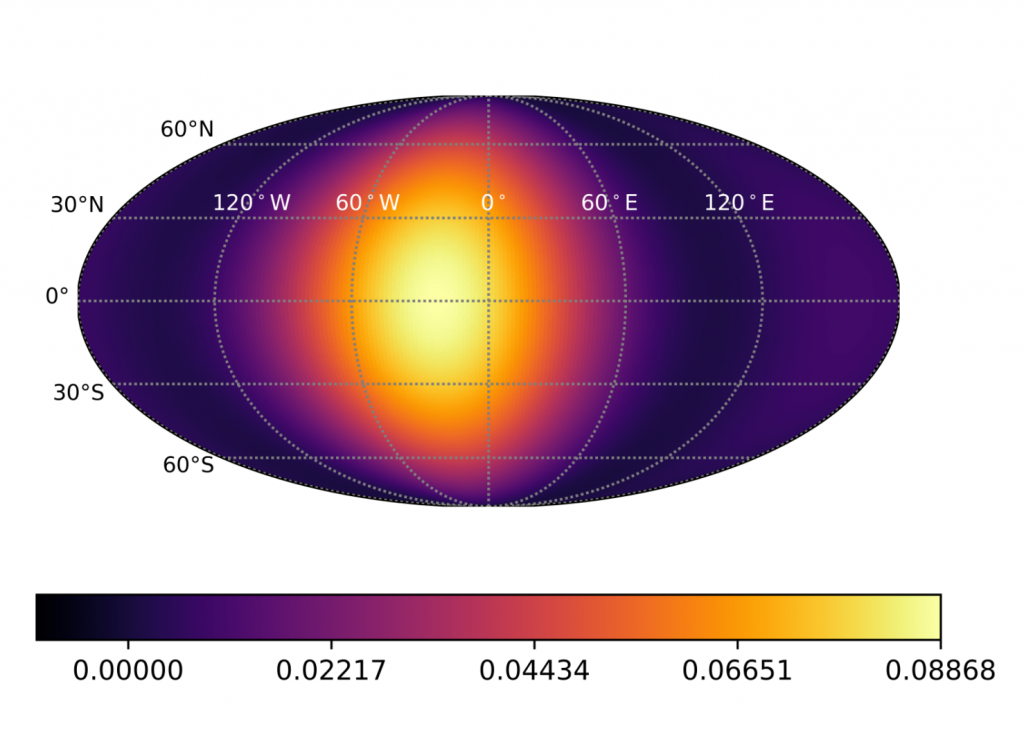 Figure 2: 1D longitudinal surface brightness map of CoRoT-2b constructed from the light curve. The brightest point is westward of the substellar point at 0 degrees. Relative brightness of the planet’s surface is indicated by colour, scaled by stellar flux. Figure 2 from today’s paper.

The authors present three potentially co-occurring explanations for the westward shift in the brightest flux:

These theories are quite attractive as they can account for some of CoRoT-2b’s unusual properties. Theories 1 and 2 could explain the planet’s anomalously large radius. Theory 2 may also explain the dayside and nightside temperature differences, which are larger than expected. Theory 3 could cause the planet’s featureless dayside emission spectrum.

If CoRoT-2b has a magnetic field, and it interacts with charged particles, it could give a westward wind. The charged particles would likely be atmospheric alkali metals ionised by CoRoT-2b’s high temperature. However, the authors’ back of the envelope calculation of the required magnetic field strength (~ 230 G) is near the upper end of what is expected for even more massive hot Jupiters, according to a recent study (open access version). In comparison, Jupiter has a magnetic field strength of 7.7 G. Observing the effects of an exoplanet’s magnetic field would give further insight into this area.

If correct, these theories would challenge our understanding of hot Jupiters. Sub-synchronous rotation would raise questions about why the planet is not tidally locked, requiring re-examination of star-planet tidal interactions. Partial cloud coverage may involve cloud formation on the hotter, eastern side, challenging current understanding of clouds forming on the cooler nightside and large scale atmospheric circulation on tidally locked planets more generally.

Future works should be able to differentiate between these scenarios by studying the phase curve at a wider range of wavelengths, particularly with the much larger mirror of the James Web Space Telescope. Astronomers expect that at short wavelengths, unusual cloud coverage would reflect light or reveal spectral emission. Magnetic effects should be time variable so a new phase curve at the same wavelength would show the peak shifted to another location. Whatever new observations reveal will further contribute to our understanding of the diversity of hot Jupiters and their atmospheric dynamics.

Deflating a Planet: Helium Loss in the Atmosphere of Wasp-107b