Status: Accepted for Publication in ApJ [open access on arXiv]

A love story that begins with a chance encounter between strangers might sound romantic, but for black holes, the resulting attachment is often inescapable. Today’s astrobite explores one of the many theory-oriented publications written in the wake of LIGO‘s six gravitational wave (GW) events. We’ll see how the authors explored the ramifications of throwing several unassociated black hole (BH) “strangers” into the mix (it’s complicated — accretion, three-body interactions, and more are at play in mediating mergers), and what it could mean in the context of recent GW discoveries.

Though the LIGO and Virgo detectors have been on hiatus since last fall (the start of a year-long break between observing runs O2 and O3), the world of astrophysics continues to be bombarded with new GW results informed by O1 and O2 data. In October, for instance, the LIGO-Virgo team announced the detection of GWs from a binary neutron star merger (GW170817) accompanied by a gamma-ray burst (GRB 170817A). The timing couldn’t have been more impeccable: the event, which was glimpsed in LIGO, Virgo, and electromagnetic observations, occurred just days before the conclusion of O2. Just like that, the era of multi-messenger astronomy had finally begun.

GW observations of BH mergers yield some information about the properties of the objects themselves, but the question of how unassociated BHs end up close enough to merge (and what that environment looks like) remains unanswered. In today’s featured paper, the authors go about exploring these issues using N-body simulations of multiple-black-hole systems in gas-dense environments. Their simulations are sophisticated (post-Newtonian), with detailed general relativity and gas dynamics being taken into account.

Usually, BH mergers are simulated with binary evolution in mind; that is, systems with associated BHs are considered. In contrast, this team’s plan was to simulate the behavior of five unassociated accreting BHs in several gas-dense environments (we’ll see later why that helps unassociated holes come together) in order to determine what initial parameters could yield LIGO-like mergers. This means that initial BH masses were comparable to LIGO’s ~30 M

, though the total amount of gas in the simulation stayed constant at 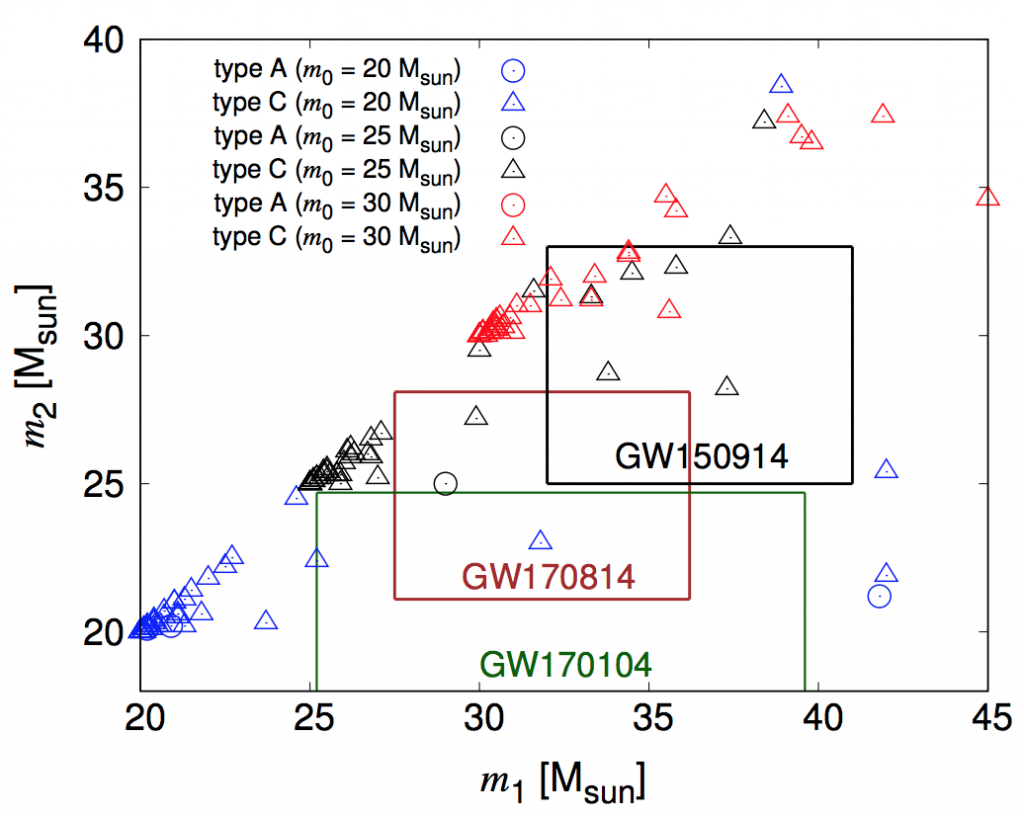 Figure 1: A plot of the masses of the closest BHs (

. The component masses from the three most massive LIGO mergers, (along with errors) are shown in the boxes. Figure 2 in the paper.

Figure 2 shows how various parameters change over the course of one simulation. In the beginning, BHs get closer due to gas dynamical friction: if a massive object is moving through a sea of particles (like a dense gas cloud), the small components get pulled gravitationally into the wake of the larger one, causing it to lose energy. The final binary merger is mediated by loss of energy through GW radiation. Between these two periods, the unassociated BHs become well acquainted, with interloping BHs taking the place of one of the binary components (twice!) and wreaking havoc on the system. The addition of accretion to the model is enlightening, too. Each BH gains ~10 M

through accretion near the beginning of the three-body interactions, but that quickly abates before the binary merger (in Figure 2 (c) and (a), a rapid increase in velocity during merging causes a significant drop in accretion rate). This is an interesting detail, as less gas accretion around the merger may cause electromagnetic counterparts to be dimmer than expected. 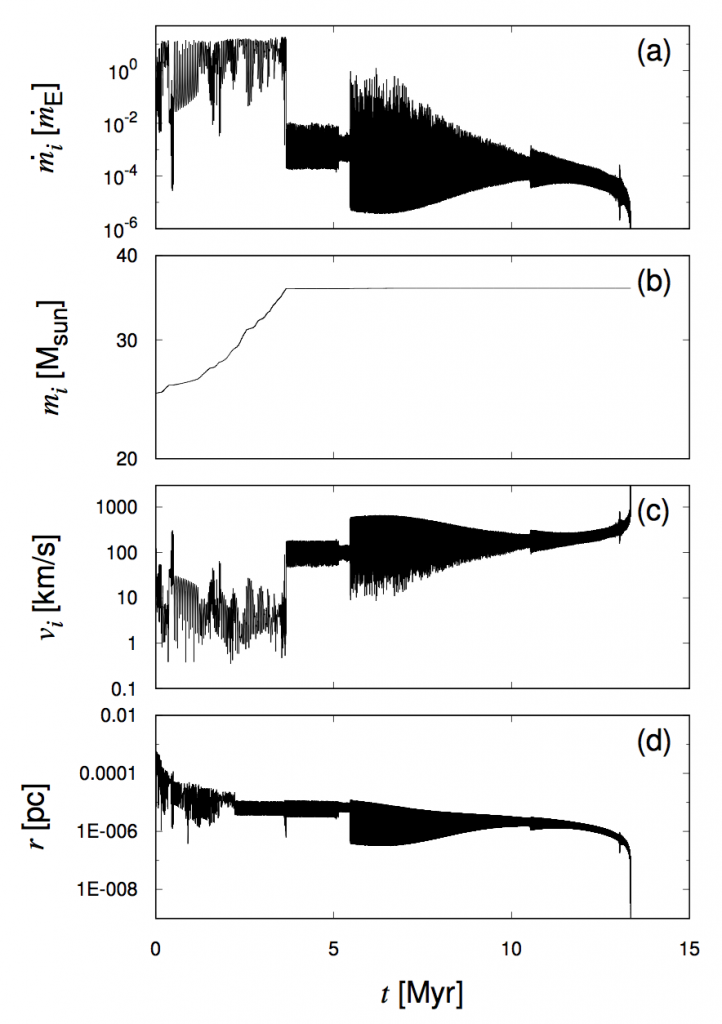 Figure 2: Several properties of black hole mergers as a function of time. Panel (a) shows accretion rate, (b) shows mass, (c) shows velocity, and (d) shows distance between the closest two black holes. The simulation ends when the first two BHs merge. Figure 1 in the paper.

Through a thorough — if not tedious — argument, the authors conclude that AGNs are the most likely environments for LIGO-esque mergers to take place. In short, this required estimating the expected merger time in both an AGN system and a giant molecular cloud (their estimate was between 30 and 100 Myr). Because of the importance of dynamical friction in causing the mergers, these timescales were possible only in environments with gas density >

, according to the simulations. This information, along with estimated event rates informed by LIGO detections, led the authors to conclude that AGNs with high gas density provided the most fertile environments for unassociated BH strangers to merge.

The assumption of evenly distributed gas and the lack of a central, massive BH make these simulations imperfect. However, the scientific team’s ability to simulate multiple unassociated BHs is vital in expanding upon the classical model of systems with already-associated binaries. Further LIGO-Virgo detections will help us understand the environments in which the mergers occur in much greater detail. Still, these simulations are incredible at elucidating the complicated dynamics of mergers with only a few GW event detections.