Disclaimer: I am part of the NANOGrav collaboration and my advisor is on the author list, but I am not directly involved in the gravitational wave detection efforts.

What are pulsars and how can we use them to detect gravitational waves?

Pulsars are massive, spinning neutron stars that emit radiation that sweeps across our line of sight like a lighthouse. With periods ranging from milliseconds to ~10 seconds, millisecond pulsars are such stable rotators that they rival the accuracy of atomic clocks. For this reason, NANOGRav is most interested in these more rapidly rotating pulsars. The collaboration “times” pulsars, or observes them frequently in order to figure out precisely how often they tick. The times of arrival (“TOAs”) of individual pulsars are collected regularly and combined into one big data set. If a gravitational wave passes between us and a pulsar, it will change the time the pulse gets to us very slightly; as the gravitational wave travels toward us, it will cause us to see the pulse a little bit sooner than expected. Complex timing models have been created that predict/describe exactly when a pulse should arrive, and those models take into account things like proper motion, delays by the interstellar medium, and the pulsar’s spin period. By collecting years and years of data from pulsars all around the sky, the NANOGrav collaboration can comb through the TOAs to look for gravitational wave signatures.

How are detections of gravitational waves with pulsars different than what we see with LIGO? 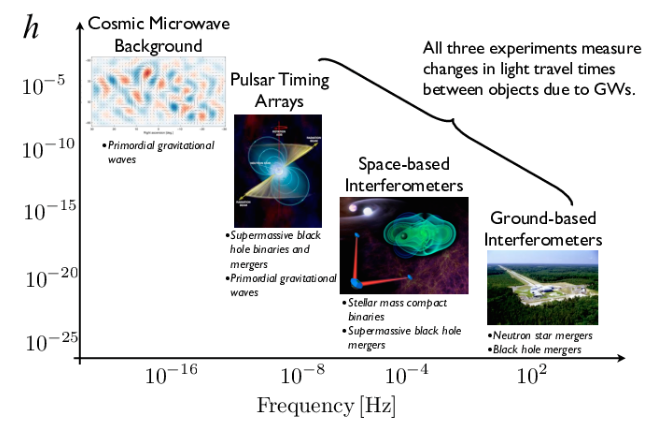 Figure 1: Different frequency ranges that can be observed by different instruments.
Credit: NANOGrav

NANOGrav uses the Green Bank Telescope (GBT) in West Virginia, the Arecibo Telescope in Puerto Rico (and also occasionally the Very Large Array in New Mexico) to observe millisecond pulsars. Over time, new pulsars are discovered and added to the data set and ones that prove to be less accurate for timing are eliminated. The data set used in this analysis includes 45 pulsars with observations made between 2004 and 2015 using Arecibo and the GBT.

What are “upper limits” and how do we get them?

Figure 2: As more data have been gathered, the frequency of observations increases which means we have been able to probe down to smaller strains, as shown.

What has NANOGrav found in this data set?

NANOGrav continues to make improvements to the data analysis every day. New advanced software, such as PINT (for pulsar timing) and enterprise (for gravitational wave analysis), are improving the creation and analysis of pulsar timing array datasets. Observations of pulsars for timing purposes are being made by several pulsar timing array groups across the globe. These groups, in turn, work together in an effort to build the most robust collection of pulsar TOAs as part of the International Pulsar Timing Array collaboration. Current estimates expect gravitational waves to be detected from continuous wave sources within the next 10 years. NANOGrav is on the cutting edge of gravitational wave science, so keep your eyes (and ears) open for more news about the incredible science the collaboration is doing! 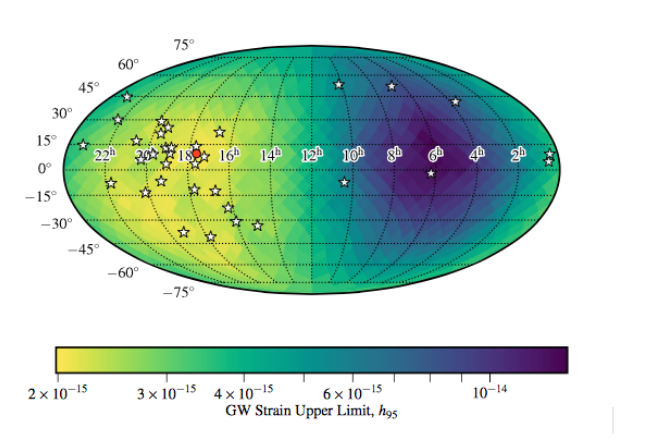 Figure 3: The position of each pulsar used in the data set. Lower and lower strains can be probed in sky locations with more pulsars because we can get a larger amount of data from that part of the sky. The most sensitive point on the sky is indicated by the red circle.