Title: A Dyson Sphere around a black hole

Status: Published in MNRAS (closed access, but available on arXiv)

One possible way to obtain energies on astronomical scales is with a Dyson sphere.  This is a structure surrounding an energy source like a star or a black hole, capturing the sources’ energy. One example would be a sphere around the sun made up of solar panels, which capture all the sun’s light.

The most popular type of Dyson sphere is a Dyson shell, which completely encases the source. They occasionally feature in Science Fiction (for example, in Star Trek TNG) but are not realistic from a physics perspective. Such a shell would require large amounts of material and would be unstable. Gravity would pull it towards its centre, causing it to collapse, unless large amounts of energy were used to counteract the pull.

A more feasible concept is a Dyson bubble: A Dyson sphere made up of millions of individual satellites – a mega-constellation (see Fig.1). These satellites are positioned such that the radiation pressure from the energy source counteracts the gravitational pull. In that way, the satellites can remain in orbit for a long time and collect energy. 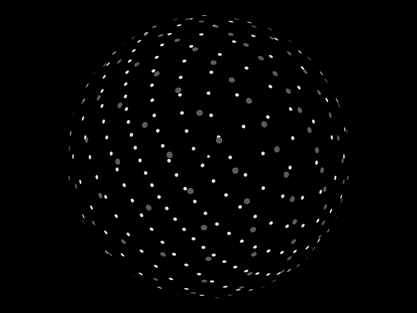 Figure 1: Illustration of a Dyson Bubble. Each dot represents a satellite that collects energy from the source at the centre of the bubble. From https://commons.wikimedia.org/w/index.php?curid=2230244

Capturing the energy of a black hole – but which type? And is it enough?

Originally, Dyson spheres were envisioned to surround a single star and provide energy to a civilization somewhere between type I and type II. To go beyond type II, though, you need a different source. Todays’ authors suggest an exciting prospect: black holes.

Well, while black holes themselves cannot radiate from inside their event horizon, matter falling into the black hole emits large amounts of energy. The most promising ways infalling matter could power a Dyson sphere described in the paper are radiation by accretion disks and relativistic jets. 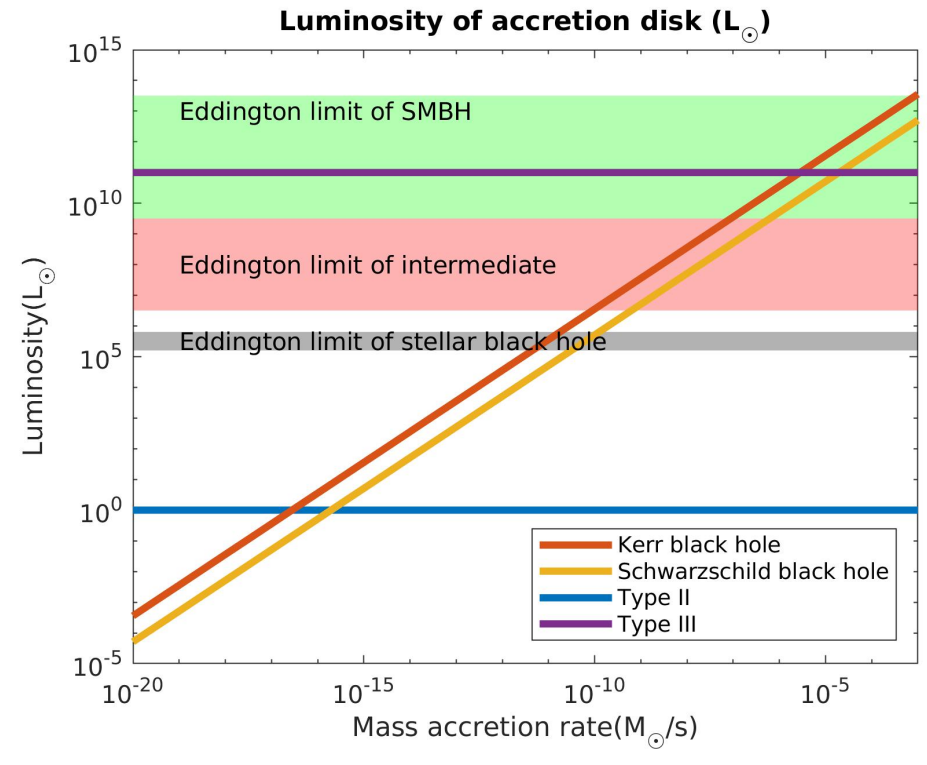 The second energy sources associated with a black hole are its relativistic jets. These jets are made of charged particles that were falling into the black hole but are then ejected outwards along a beam roughly perpendicular to the accretion disk and accelerated to almost the speed of light. They provide two kinds of energy. First, the jets emit radiation, mostly in radio frequencies. The authors calculate that the jets of supermassive black holes radiate about 60% as much energy as the accretion disk. For stellar black holes, even 80% of the accretion disk energy is reached. Second, the jets themselves consist of highly accelerated particles. The kinetic energy of these particles could be harvested, for example, with solar sails (see this astrobite). The authors find that the kinetic energy of the jets yield an additional 10% of the total jet energy.

So together the accretion disk and jets of a black hole emit enormous amounts of energy. Consequently, a Dyson sphere could power a beyond-Type II civilization, even if it could harvest only a few per cent of the energy. Of course, humanity is still far away from such energy consumption. But, could these Dyson spheres give us a clue where to find an advanced alien civilization?

So, can we find these Dyson spheres?

Nevertheless, the authors suggest another way that we could detect Dyson spheres – via their waste heat. The energy absorbed by a Dyson sphere cannot be entirely converted into “useful” energy like electricity. A part of the energywill heat up the sphere itself. Consequently, the sphere emits heat radiation in the near-infrared – the same kind of radiation you can see with night-vision goggles. This heat radiation could be detectable.

The authors calculate the expected spectrum of a stellar black hole + Dyson sphere system for a Dyson sphere that can withstand up to 3000 K (2727°C or 4940°F) and is 10kpc away from us, shown in Fig 3. The Dyson sphere adds a remarkable “bump” in the infrared range. This bump is above the detection limits of several current telescopes, so it might be detectable! However, the authors caution that the calculation does not include the effect of dust, which also emits head radiation in the infrared range. So, the Dyson sphere signal might be obscured by this additional source. 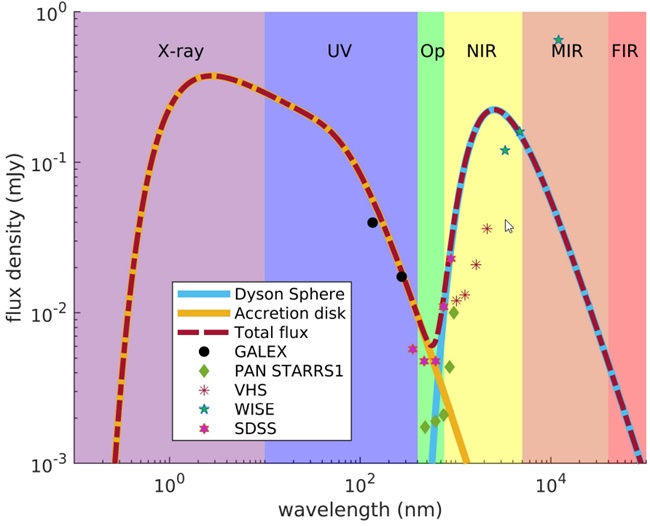 Figure 3: Spectrum for a Stellar black hole + Dyson Sphere set up at 10 kpc distance from the observer. The accretion disk of the black hole radiates mostly in the X-ray and UV wavelengths; the Dyson sphere adds a “bump” in the Near- and Midinfrared (NIR and MIR). The points show the minimum flux detectable by various telescopes. The “bump” is higher than these limits, so it might be detectable. (Fig. 3 in the paper)

So, in conclusion, black holes could be the power source for advanced alien civilizations, and we might even be able to detect them!