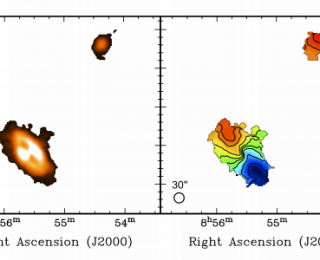 Once thought to be the main mechanism by which galaxies feed their star formation; the authors of this paper find that minor mergers cannot account for the observed star formation rates of galaxies. 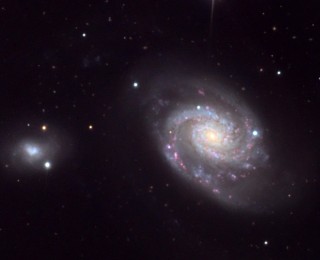 How do we reproduce what happened previously in a galaxy-galaxy interaction when all we have is one snapshot in time? 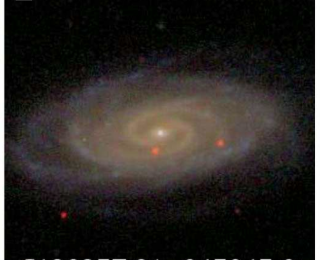 Mergers make bulges in galaxies and black holes generally live in bulges, so mergers must grow black holes – simple. That was until we found bulgeless galaxies containing growing black holes… 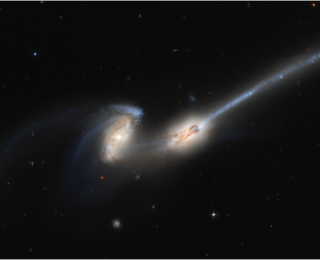 Every galaxy is thought to contain a black hole at the centre – but why are some active and some not? What process has ‘switched-on’ these active galaxies? Theorists suggest that major galaxy mergers could play a part for the highly luminous active galaxies but we’re currently lacking conclusive observational evidence to support this theory. 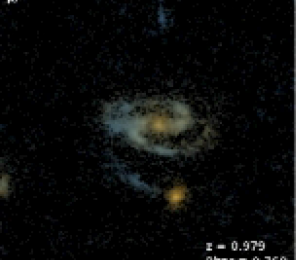 The Evolution of the Bar Fraction

Astronomers have long wished to probe the number of galaxies containing bar structures to ever increasing redshifts. This paper discusses the first results from the Galaxy Zoo Hubble classifications of galaxies out to redshifts of z = 1, in order to study how the fraction of galaxies containing a bar has changed over a cosmic time that has previously not been explored.