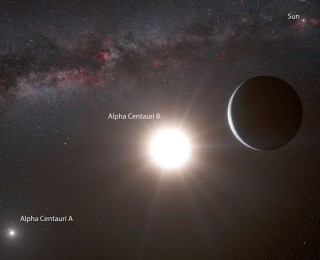 Now *you* can name a planet!

The International Astronomical Union wants you to name a planet! While you ponder what to submit as a planet name, read on to learn the history and politics that led to this exciting opportunity. 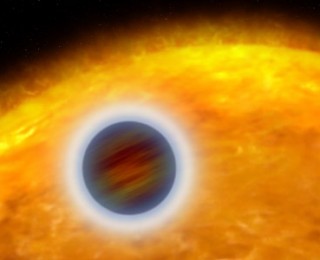 Determining the (minimum) heights of atmospheres on exoplanets

One of the major questions among astronomers who study planets around other stars is, “What kinds of atmospheres do exoplanets have?” This question is extremely challenging to answer empirically: not only are most exoplanets too faint and close to their stars for us to see directly (see this post for an exception), but their atmospheres (especially on small, potentially rocky planets) are only a tiny fraction of the planet’s total composition. 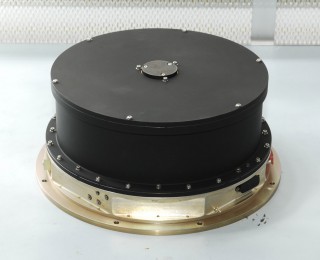 Although the reaction wheel failure incapacitates the telescope, we are still finding new Earth-sized planets in the plethora of existing data. 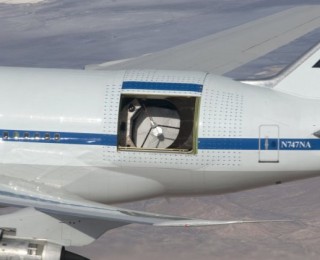 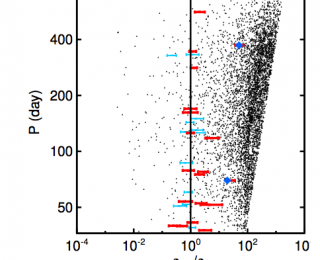 Title: A Paucity of Proto-Hot Jupiters on Super-Eccentric Orbits Authors: Rebekah I. Dawson, Ruth A. Murray-Clay, John Asher Johnson First Author’s Institution: Harvard-Smithsonian Center for Astrophysics Note: This post is based in part on a talk by Rebekah Dawson at the UC Berkeley Planet and Star Formation Seminar on Nov. 7, 2012.IntroductionHow do planets form, and after formation, how do they change their orbits (or “migrate”) to come to their present orbits? The increasing catalog of confirmed exoplanets (planets around other stars), in tandem with the also increasing list of exoplanet candidates discovered by the Kepler Mission, is making it possible to answer these questions through statistical tests of the exoplanet population.The authors investigate the formation history of a particular population of exoplanets called hot Jupiters, Jupiter-size planets in short orbits (in this study, 3-10 days) around their stars. The consensus among most scientists is that hot Jupiters are too big to have formed in their present location; they more likely formed oustide the “ice line,” or the radius at which water can freeze.  This is because frozen water molecules can clump into tiny ice crystals, which could then aggregate into larger snowballs to form giant planets.  Very few proposed mechanisms (such as core collapse, in which a clump of gas spontaneously collapses to form a planet) could form Jupiters inside the ice line, and these mechanisms are disfavored based on the current body of observations.  Thus, theory says that hot Jupiters should have formed beyond the ice line and then migrated inward to their current, super-hot abodes. But how did they get there?There are two popular theories that could bring...
« Older Entries