Status: This was a study commissioned by the Royal Society and Wellcome Trust and conducted by the RAND Corporation, a public policy think tank. The paper, in its entirety, is posted to rand.org and royalsociety.org, 2017 [open access]

There’s an André Gide quotation I think about all the time: “One does not discover new lands without consenting to lose sight of the shore for a very long time.”

When my research is going well, it’s an inspiration. Doing astronomy as a job is an immense privilege. It’s hard to believe anyone gets paid to think about distant black holes colliding, or the expansion of the Universe, or extraterrestrial life. And nothing compares to the thrill of discovery–something you thought of, in your own head, explaining something that happened out there in the Universe, farther away than you’ll ever go, maybe long before you were ever born.

But scientific research–consenting to lose sight of the shore, of the known, of the “right answer”, and casting your livelihood to the winds of academia–can be really, really hard. It drives many scientists to despair. I’d bet that most astronomers, including most of the Astrobites staff, can speak anecdotally to the difficulty of a research career.

This job is weird and hard, and there are real reasons to find it difficult

The authors begin by summarizing what a career in scientific research is like. They do it so well that I’ll just quote them, but I’ll rearrange the list a bit to make it moderately less depressing.

Of course, these are not the only difficulties professional researchers must overcome. Astronomy has been rocked by recent high-profile harassment and bullying scandals, including incidents at UC Berkeley, Caltech, and ETH Zurich. These particular cases were extreme enough to make the news, but abysmal, exploitative behavior is not rare in academia, where power imbalances between senior and junior colleagues are deeply entrenched, and the opportunity for retaliation against people who report abuse is obvious.

Furthermore, scientists who embody one or more marginalized identities face systemic bias in career advancement, pay, and recognition of their work. Most published work about this bias has been conducted in the context of the “gender gap” between the career success of men and women in science, but it applies and compounds along other axes of identity, including racial identity, sexual orientation, and gender identity.

Last, but not least, it’s hard to make a living as a scientist. Funding is hard to come by, and researchers must compete to win grants from agencies with shrinking budgets in order to support themselves.

All of this is to say that, if you’re a scientist struggling with mental health problems, that’s neither unwarranted nor irrational. And, unsurprisingly, these authors find, it’s not rare.

Averaging over several studies (see the table below), they find that at least 40% of graduate students suffer from mental health symptoms rising to the level of clinical illness. 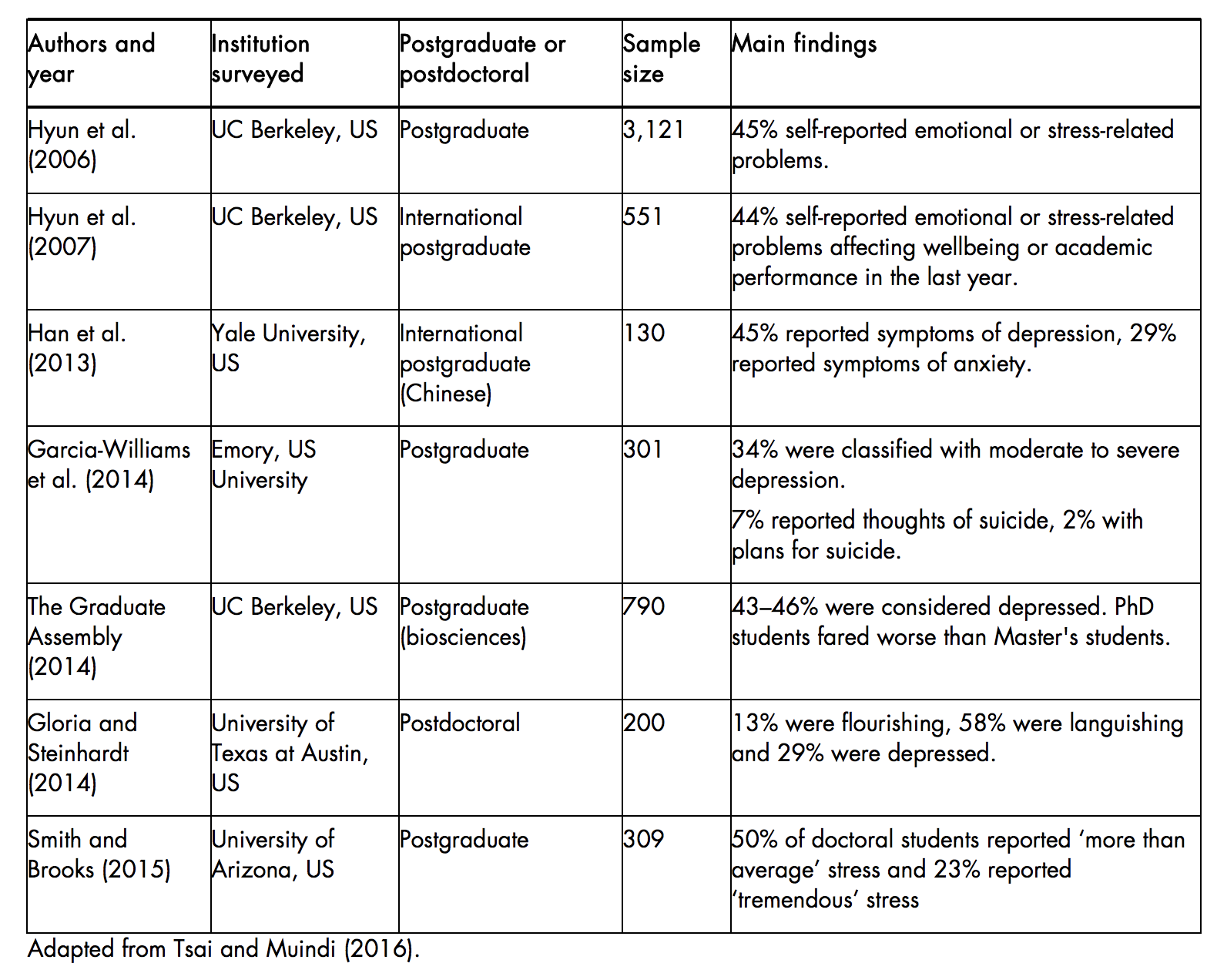 Figure 1. A review of published research into the prevalence of mental illness among graduate students (“postgraduates”). From a meta-analysis, the authors conclude that more than 40% of graduate students suffer from major mental health symptoms.

What can be done?

The authors found that increased happiness in a research career correlated with the following:

The correlations hold especially strongly for PhD students, the unhappiest of whom feel unsupported by their academic advisors, yet obligated to follow their advisors’ instructions because they are not yet qualified to direct their own research programs.

So what can be done to help young scientists? The key to professional happiness seems to be developing, early, a sense of control and ownership over one’s own career, from deciding what to do day-to-day, to charting a long-term career plan. Traditionally, academia hasn’t made this easy–early-career researchers expect to jump from short-term job to short-term job, and success at one stage does not guarantee success at the next.

Today’s authors note that some institutions have begun trying to address this epidemic of mental illness among young scientists by introducing initiatives to address mental health symptoms (for example, meditation classes). Initiatives that address the root causes of poor mental health are rarer, because they’re much harder to implement: to address job insecurity among postdocs, we’d need to fundamentally change how postdoctoral fellowships are structured (for example, by funding longer-term postdocs such that early-career scientists wouldn’t have to endure a grueling job search every two to three years).

It’s encouraging, at least, that the scientific community is beginning to face and discuss these problems. If you’re unhappy in grad school, know that you’re not alone, and it’s not a personal failing. The shore is out there, and we can find it again.

Success in Astronomy? Some Surprising Strategies