Where do the elements come from? Astrobites has discussed this question before; way back in 2010, Ian wrote a post listing the known sites of nucleosynthesis. At the time, this list was comprised of the Big Bang, stars, and supernovae. These sources were able to explain the origins of many elements, but fell short of fully explaining the measured abundances of the heaviest, most neutron-rich elements like gold and uranium.

Several groups suggested that neutron star mergers could be production sites for these neutron-rich elements; where better to get neutrons than in the collision of two massive balls of neutrons? But without observational evidence, the origin of heavy elements remained an open question. Then, in August 2017, LIGO detected gravitational waves from a source that turned out to be everyone’s favorite binary neutron star merger GW170817. The spectrum of the resulting kilonova appeared to confirm what theorists had been suggesting for years—that neutron star mergers are important sites of nucleosynthesis in the universe. 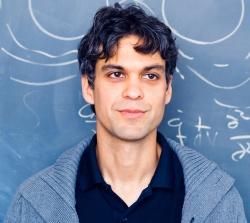 For Professor Enrico Ramirez-Ruiz (from the University of California Santa Cruz and the Niels Bohr Institute), who studies the dynamics of neutron star mergers and other extreme phenomena, the GW170817 event was a vindication. It’s exciting, he says, “having worked for so many years [with] people not really thinking that neutron star mergers are a viable pathway for the production of these elements.”

His plenary lecture at #AAS232, titled “Heavy Element Synthesis in the Universe,” will take stock of where we are now in a post-GW170817 world: “What have we learned from this discovery, what are the open questions? […] I’m going to try to convince the audience that neutron star mergers are in fact a very viable mechanism now.”

Connecting the theory behind nucleosynthetic processes to the observations of neutron star mergers is no easy task, but that’s exactly what Ramirez-Ruiz aims to do. When a UC Santa Cruz group led by his colleague and friend Ryan Foley first discovered the optical light from GW170817, Ramirez-Ruiz helped lead efforts to interpret the physics behind the observed light. The UC Santa Cruz team looked for signatures of nucleosynthesis, like the radiation produced by the radioactive decay of heavy elements (Figure 2).

Ramirez-Ruiz has almost always been interested in extreme high-energy phenomena in the universe. He did his undergrad in physics in Mexico, where he had the opportunity to do a summer research experience at Los Alamos through the Leon Lederman award. His project, which involved data analysis of gamma ray bursts and magnetars, first introduced him to the field of high-energy astrophysics.

Perhaps more importantly, this undergrad research project ultimately set him on his career path. As he says, “it changed my outlook. I fell in love with astronomy […] and that changed my pathway, and now I believe completely that undergrads should be involved in novel research,” he says. (Interested in doing undergrad research? Check out this great Astrobite about ways to get started!)

Ramirez-Ruiz’s love for astrophysics research then led him to grad school, where he continued to study gamma ray bursts, this time from a more theoretical perspective. This work led quite naturally to his current research, since short gamma ray bursts are thought to be connected with neutron star mergers.

Outside the technical part of his research, Ramirez-Ruiz cares “very deeply about the promotion of women and minorities in science,” especially given some of the negative experiences he’s had since immigrating to the US. As a result, he has invested heavily in mentorship and does his best to give students support and “the tools they need to succeed.”

“Find a good mentor,” he says, when asked what advice he’d give himself as a student. “Never give up […] and surround yourself with like-minded individuals that make you feel powerful and smart” and with whom “you’re allowed to just throw ideas around.”

If you’re interested in hearing Dr. Ramirez-Ruiz throw around some ideas, come check out his plenary talk at 12:20PM tomorrow on Monday, June 4 at #AAS232! You can also take a look at these other articles (here and here) to get a broad overview of neutron star mergers and nucleosynthesis.