Known for their extreme density and unfathomably rapid rotation rates, millisecond pulsars (MSPs) are among the Universe’s most exotic treasures. Here at astrobites, however, one rotation every few milliseconds isn’t good enough — we need to know why they won’t spin faster.

Perhaps counterintuitively, MSPs are older than their slow-spinning brethren, because their extraordinary spin periods arise from mass accretion from a stellar companion over time. The fastest MSP spins at 716 Hz (rotations per second), corresponding to a period of ~1.4 ms; however, this is well below the spin rate at which the neutron star would spin fast enough to overcome its own gravitational energy and tear itself apart. This so-called “Keplerian break-up frequency” is strongly dependent on the neutron star equation of state (the behavior of the matter inside a neutron star, which remains a mystery), but we can safely assume it’s faster than 1 kHz.

Are gravitational waves to blame?

Neutron stars are an intriguing source of gravitational wave (GW) emission, not only in the context of binary coalescence, but also because they’re a yet-undetected source of continuous GWs (originating from neutron stars with “mountains,” or uneven mass distributions around their rotation axes). The 700-Hz rotation limit could be explained if torque from gravitational wave emission were to balance the torque from binary mass accretion.

The authors of today’s featured article conducted simulations to explore the spin period distribution in low-mass X-ray binary (LMXB) neutron stars, which are actively accreting matter from their low-mass stellar companions. They investigated what spin period distributions would result from three different GW emission mechanisms. Observations have suggested that the population of rapidly rotating, accreting pulsars is bimodal in spin frequency (see Figure 1), with an excess of MSPs in the 550-600 Hz range. If their GW emission simulations could reproduce such a distribution, it might aid in understanding the mysterious lack of ultra-fast MSPs. 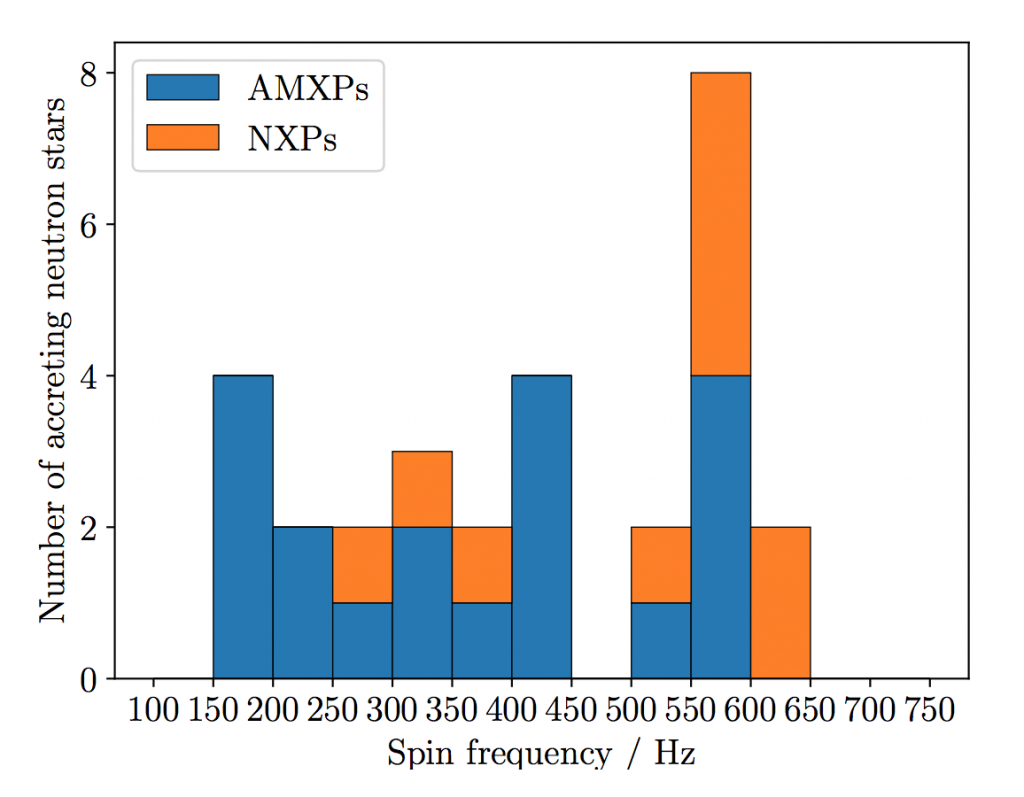 Figure 1: The distribution of accreting neutron star spin frequencies, which may be bimodal in nature. Orange and blue regions denote two sub-populations of fast-spinning LMXBs. Figure 2 in the paper.

The authors describe four different simulations, three of which include GW torque caused by a quadrupole moment (deviation away from a perfect sphere) induced by various phenomena. Each of the four tests involves the spawning of 1000 neutron stars with different characteristics (spin period, mass, radius, and magnetic field strength, to name a few). For each simulation, they test both constant and changing (transient) accretion rates; however, we will focus on the steady accretion results for simplicity. The simulations were conducted as follows (see corresponding Figure 2): 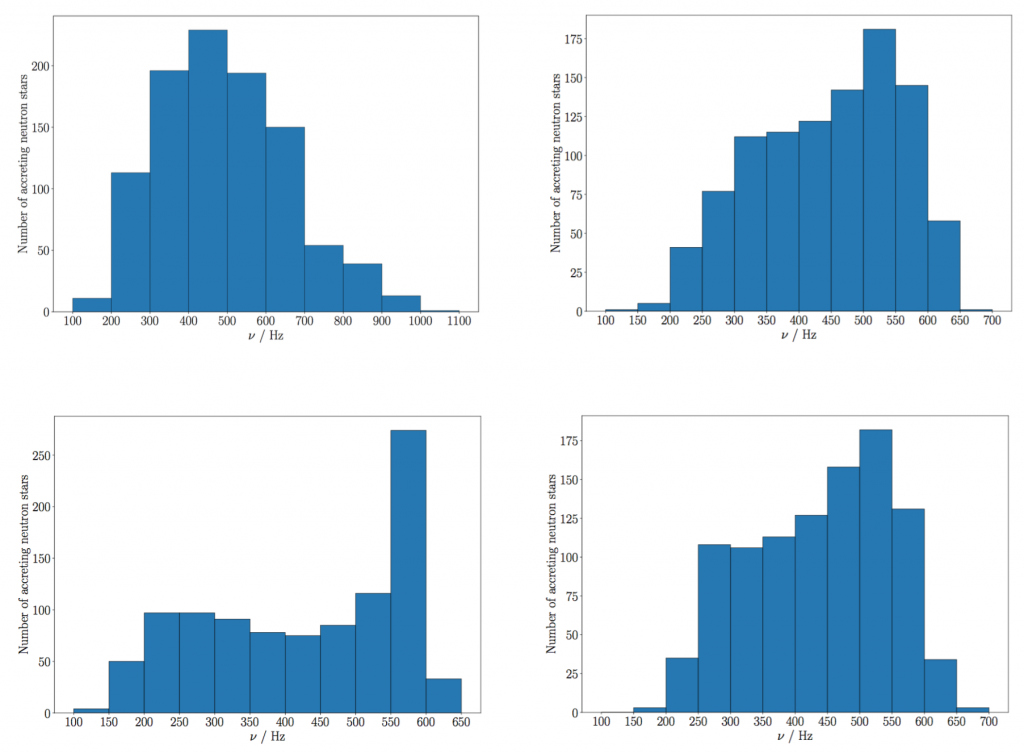 Figure 2: Resulting spin frequency distribution from four constant-accretion simulations: 1) the “no GW” model (top left), 2) the physical “mountain” model (top right), 3) the thermal “mountain” model (bottom left), and 4) the unstable r-mode model (bottom right). Each is qualitatively similar to the real distribution in Figure 1 (and in some cases, the transient accretion — not shown here — does an even better job). Selected from figures 4, 5, 7, and 8 in the paper.

This body of work suggests that, while GWs are critical in defining the cut-off spin frequency for accreting neutron stars, it is difficult to distinguish between the three simulated mechanisms because they yield similarly plausible results. Going forward, it may be possible to disentangle “mountains” from r-modes, because they emit GWs at different frequencies. However, the lack of extremely fast-spinning neutron stars is yet to be fully or definitively explained.