Core-collapse supernovae mark the explosive deaths of massive stars in the night sky. These explosions come in a variety of forms: bright vs. dim, blue vs. red, dusty vs. “clean”, etc. Both the star which exploded and its surrounding environment affect the cosmic bomb we eventually observe safely from our telescopes.

Living in a Bubble 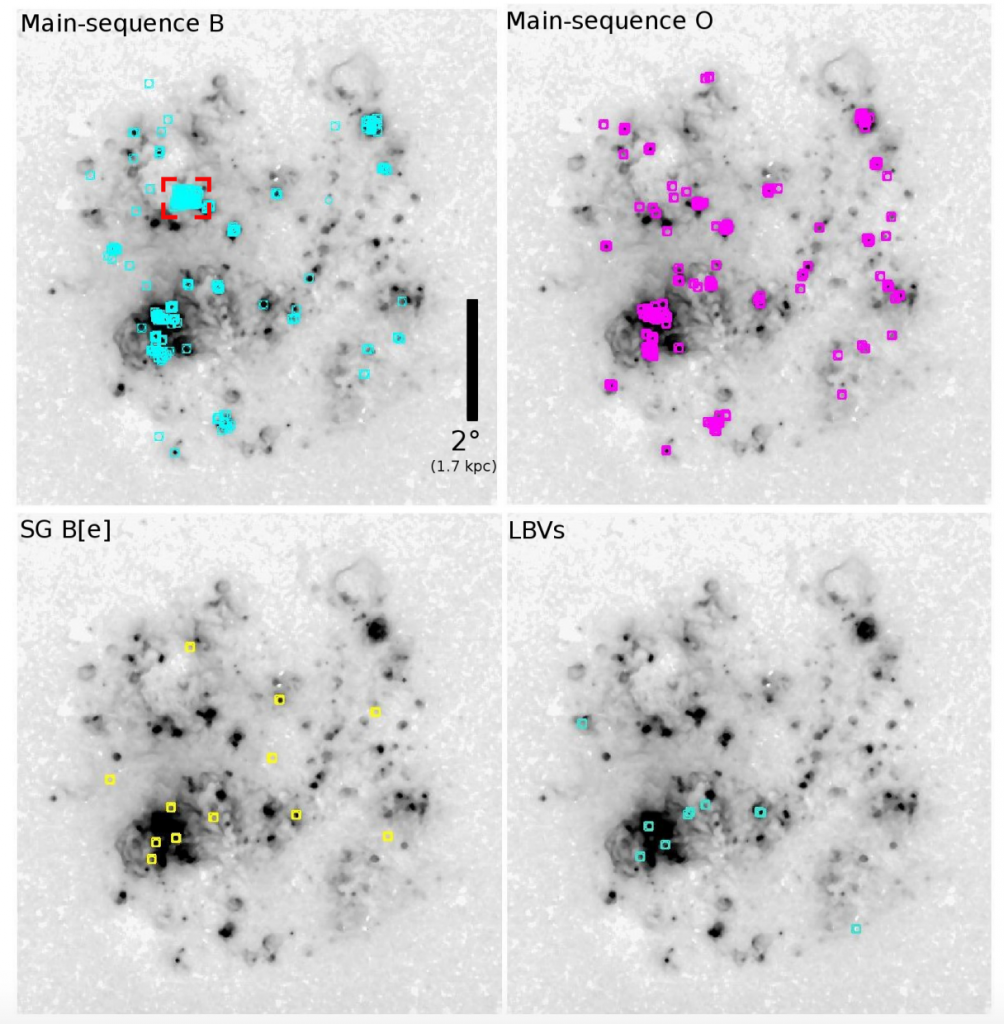 Figure 1: The H-alpha image of the Large Magellanic Cloud (grey). Locations of four types of stars (B, O, blue supergiants and Luminous Blue Variables) are shown as colored circles.

The authors examine two very different galaxies: the irregular dwarf Large Magellanic CLoud and the spiral M33. They aggregate a catalog of different types of evolved, massive stars within these galaxies, including the very blue Luminous Blue Variables (LBVs) and the cool red supergiants (RSGs), among other types. They smooth and rebin the H-alpha image of each galaxy into large pixels. They then sort these pixels from most luminous in H-alpha flux to least luminous, making note of which pixel each cataloged star resides in. The position each star occupies in this line of pixels is called the normalized cumulative rank (NCR).

Many of their results reaffirm our previous beliefs about supernovae, giving credence to their technique. For example, supernovae which stay decay very slowly (Type IIP supernovae) come from progenitors with thick hydrogen envelopes—the red supergiants. However, the authors surprisingly found that supernovae engulfed in dusty environments (Type IIn supernovae) did not seem to match the population of their candidate progenitors—the LBVs! Instead, the Type IIn supernovae appear to come from lower mass stars. More detailed studies are necessary to confirm this finding, but expanded studies using the authors’ technique might untangle more knots in the raveled story of supernovae progenitors.