Our own solar system is finished with its formation: the original protoplanetary disk evaporated billions of years ago, and it has ceased forming new planets. Yet remnants of its original formation period have stuck around, in the form of debris disks like the Asteroid Belt and the Kuiper Belt. 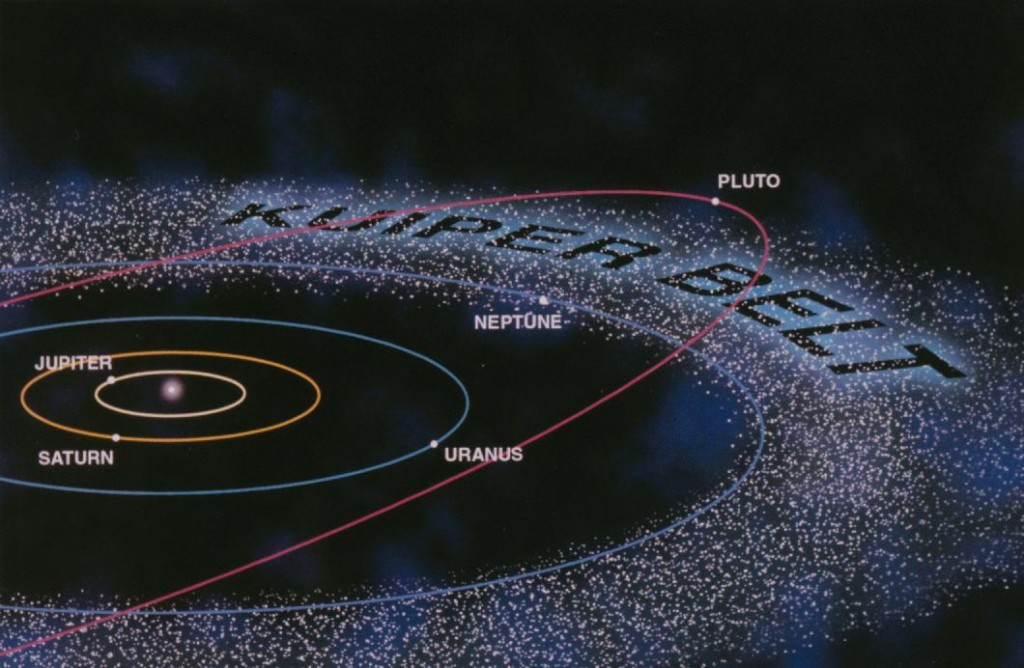 FIg 1 – An illustration of the Solar System’s Kuiper Belt, which lies between 30 and 50 Astronomical Units from the Sun. Its many asteroids and comets undergo collisions, which produce “debris” in the form of dust particles.

These debris disks are filled with a range of small objects like asteroids and comets which never joined together into larger planets. Every once-in-a-while, these bodies will collide with one another, which causes them to fragment into much smaller pieces, including microscopic dust particles. This “debris” gets heated by the central star and emits thermal radiation. Due to the size of the particles and their temperature, this emission can best be observed in microwaves and radio wavelengths.

Even though each dust particle emits only a tiny amount of radiation, an asteroid creates huge numbers of dust particles in a single collision. The combined radiation of all these particles means we can detect debris disks around distant stars, like Vega and Fomalhaut.

Measuring the location of debris disks in a stellar system can tell us a lot about the planet formation history of that system. For example, the location of our own Kuiper Belt is highly influenced by the presence of the outer-most planet, Neptune. It is believed that the gravitational effects of the gas giant cleared out the debris around it, leaving the border of the Kuiper Belt to be slightly past Neptune’s orbit.

Previous observations have detected inner, “hot” debris disks – similar to our own Asteroid Belt – around other stars. But so far, they have not had the sensitivity to resolve their structure – meaning we can’t get actual images of where the disks begin and end. We have begun to resolve a few “cold” debris disks, analogous to our Kuiper Belt, which are many dozens to hundreds of Astronomical Units (AU) from their hosts stars. But in most cases, we have only seen actual exoplanets in the few central AU around these same stars; the transit and radial velocity techniques of finding exoplanets are most sensitive to the closest-in planets. Since we see only the inner-most planets but the outer-most debris disk, it is quite difficult to learn anything about the planet formation process as a whole.

The star HR 8799 gives us the best of both worlds. Early observations show it must have an outer debris disk (although these observations could not resolve the structure yet), and four exoplanets have been detected around it using the direct detection method, which is sensitive to planets very far from their host star. The most distant of its exoplanets – “planet b” – is around 70 AU from HR 8799. So the authors of today’s paper wanted to use the best available instruments to image HR 8799’s outer debris disk, and look for whether “planet b” appears to have cleared out the disk, in the same way Neptune did for the Kuiper Belt.

The image below shows the final radio image produced from observations with the ALMA radio array, currently the best instrument for very high resolution radio astronomy. The team is able to clearly detect a ring of radio emission coming from the debris disk, which they calculate begins 145 AU from the star and ends around 430 AU away. 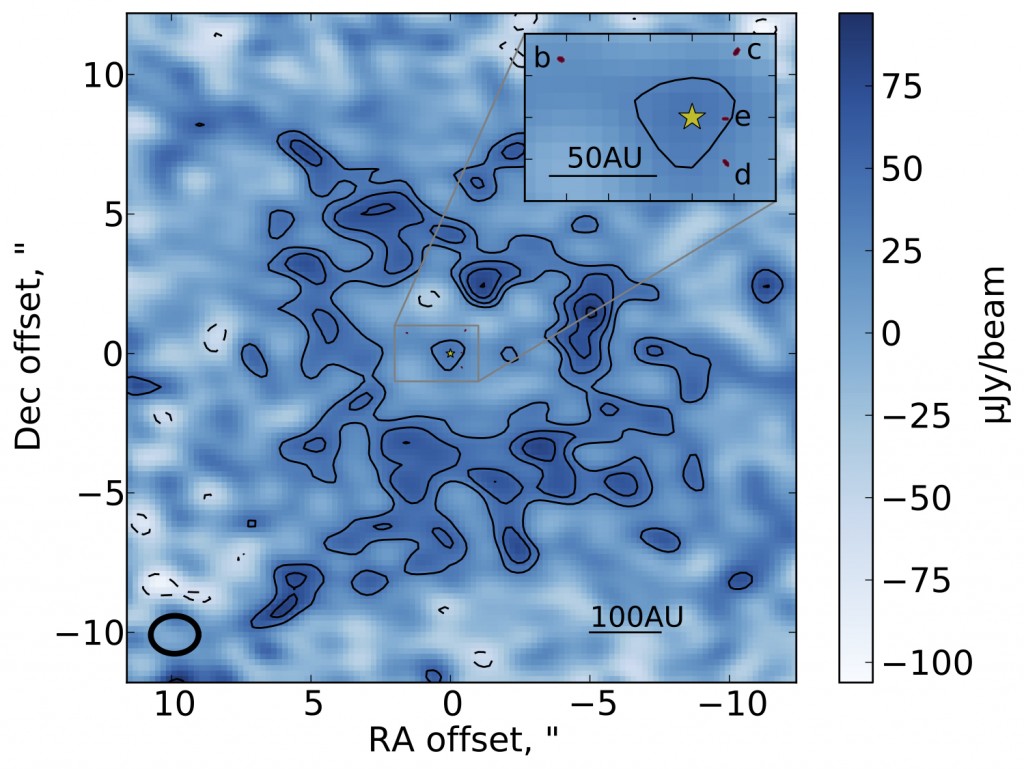 Fig 2: The debris disk around HR 8799 is shown in radio emission from the ALMA telescope. The contours show the signal from dust located in the disk, which is quite similar to our own Kuiper Belt. The inset shows the 4 known exoplanets around HR 8799, which were discovered with the direct detection technique. Figure 3 from Booth et al. 2016.

The inner edge of the disk is farther away from the star than would have been predicted from the location of planet b, at 70 AU. One possibility that the authors suggest is that the orbit of planet b is not stable: if the other planets occasionally kick planet b around the system, then it could have reached large enough distances to slowly erode the debris disk out to 145 AU.

An alternative explanation is the existence of a fifth planet even more distant than planet b. They suggest that a planet with about 150% the mass of Jupiter, at a distance greater than 110 AU, could explain the location of this exo-Kuiper belt. If such a planet were out there, we would not have been able to detect it yet. The other 4 planets around HR 8799 were more than 5x more massive than Jupiter, which made them much easier to detect with the direct method.

If future observations find a new, wider-orbit planet around HR 8799, this would prove a fantastic validation of using ALMA to study the formation of planetary systems. In addition to its stated mission to measure protoplanetary disks, ALMA is able to observe the remnants of planet formation around older stars and tell us new things about how their planets once formed.